Recommendations for somali Self Defense

We have taken a number of steps against Al Shabaab, 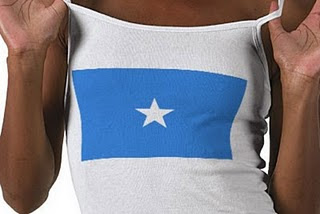 Scrap the TFG and start building   restructured a Federal Regional Council   around regional administration Gulmudug. , jubbaland ,  Al suna Waljamaaca  stronghold Somali Central State  , Puntland and Northern Somali state.  Puntland aside from piracy, is a fairly stable area. Gulmudug is less so but has a needed secular basis. Both states are rebuilding in their regions while the TFG does nothing but struggle against al-Shabaab and act as the face of Somalia to the international community. Stop the fetishization of Mogadishu as the capital and focus elsewhere. Move the capital to Galkacyo since it functions as Gulmudug's administrative seat and borders on Puntland, or just use Garoowe or Bosaso. Draw Somaliland away from Ethiopia but keep reconciliation down the road when there's more stability. 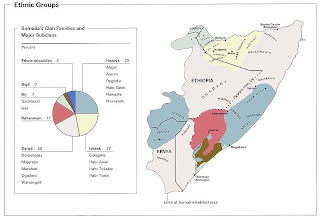 Keep foreign involvement to a minimum, keep it as a Somali endeavor. Provide military aid directly to the Somalis to equip their armed forces as opposed to giving it to the Ethiopians to wipe their asses with. .
And that's it. I'm done. I liked putting this thread together a lot for as much time as it took. I'll still answer any questions and keep the thread updated if I see anything interesting going on.
email me at  terrorfreesomalia@gmail.com
Here is a neat map of clan concentration
Thanks for reading.
Welcome To Hell
Somalia at War – Between Radical Islam and Tribal Politics : Education Segment
The Somali Conflict Root causes , peace-building strategies