CO15282 | ISIS in Horn of Africa: An Imminent Alliance with Al-Shabaab? | RSIS 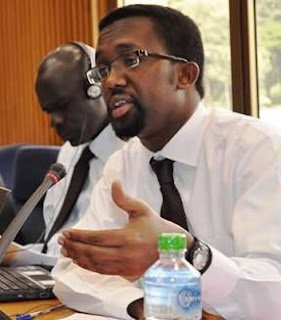 The National Union of Somali Journalists (NUSOJ) is alarmed about today's attempt to assassinate its Secretary General, Omar Faruk Osman, as he was entering the union's headquarters in Mogadishu.
Posted by Siad barre at 12:36 PM No comments:

Somalia — From Great Hope to Failed State
Posted by Siad barre at 7:59 AM No comments:

One Saturday in blood: clashes in Yemen, Ethiopia, Somalia and Iraq

75 deaths on the border between Yemen and Saudi Arabia. Many in clashes in recent weeks in Ethiopia. Shabaab attack in Mogadishu, 10 Iraqi soldiers killed by friendly fire 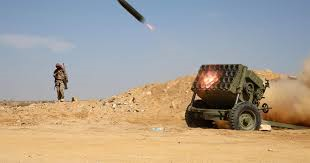 Yaman Government forces (Abdullah Al-QADRY / AFP / Getty Images)
Yemeni - border with Saudi Arabia - Yemeni military sources and witnesses said they were in during heavy fighting in the northern province of Hajjah, near the border with Saudi Arabia. More than 75 soldiers have been killed in the last three days.Saturday clashes between the rebels and government forces have killed more than 40 rebels and 35 government soldiers, with 50 wounded on the side of the rebels and dozens from the army.Government forces, according to witnesses, are advanced across the border from Saudi territory, after months of training. The clashes occurred after the suspension of the peace meetings that are taking place in Switzerland, which occurred because of violations of the ceasefire.Ethiopia - Addis Ababa - At least 75 people died in Ethiopia in the ongoing protests since mid-November against a number of construction projects in the region around the captale, Addis Ababa. Denounces the human rights organization Human Rights Watch. The government has so far confirmed five deaths among the protesters, described as "terrorists," but added that there are other victims among the police. The protests began in Ginchi, a town 80 kilometers south of the capital, against a plan to deforestation. Then they have spread across the region to counter a series of building projects. Most of the demonstrators are ethnic Oromo peasants who fear being expelled from their fields to make way for new buildings, as has already happened in the past.Somalia - Mogadishu - is at least five dead and 19 injured in the explosion of a car bomb in a crowded street in Mogadishu, the capital of Somalia. This was reported by local media, quoting witnesses and security sources.The attack, which occurred in the busy Via Makka al-Mukarama, was preceded by an attack by a group of armed men. Among the wounded there are five police officers and five civilians.The jihadist al Shabaab claimed responsibility for the attack. This was reported by Radio Shabelle, adding that the governor of the central region of Galgadud, Hussein Wehliye Irfo was injured after being hit by bullets fired by Shabaab.Iraq - Baghdad - is at least ten Iraqi soldiers dead or wounded, the death toll of an incursion of the international coalition led by the US took place west of Baghdad.
Posted by Siad barre at 7:55 PM No comments:

Police release list of most wanted terror suspects in Kenya

Police release list of most wanted terror suspects in Kenya
Posted by Siad barre at 3:03 PM No comments:

Al-Shabaab, IS leaders killed in United States airstrikes: Pentagon
Posted by Siad barre at 5:26 AM No comments:

Al-Shabaab, IS leaders killed in United States airstrikes: Pentagon
Posted by Siad barre at 5:26 AM No comments:

State Department designates German national as an al Qaeda terrorist | The Long War Journal
Posted by Siad barre at 5:26 AM No comments:

State Department designates German national as an al Qaeda terrorist | The Long War Journal
Posted by Siad barre at 5:26 AM No comments: