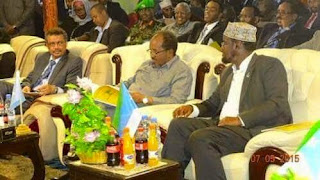 The Somalis have been subdivided for a very long time let's say from the 80" in clans- communities which are fighting each other for the political and economical supremacy of their own country.The word citizenship or the one I usually use of people-citizens of a country called Somalia have been abolished in our vocabulary for a very long time.Who had this "heinous" idea to subdivide the Somalis? Somalis being only one tribe with the same (language and culture,Religion) instead of the numerous Tribes who vie for power and economic empowerment in other African countries they have to find other Achilles heels for the Somalis.The week spot is the famous clan culture which has predominated our political thinking and social thinking.It has its good side when is made of pride and cultural diversity and the uniqueness of the Somalis in Africa and the Arab world but it is easily manipulated by the Ethiopians and Al-ttixad political movement from almost the 80". Today the Somalis are fed with lies that the only way their Clan can survive and prosper is to have its own Clan enclave and subdivide Somalia in Mini-clan enclaves under the hegemony of Ethiopia-IGAD. Some of our warlords and puppet leaders they started to believe and practice this agenda from the 90' for opportunistic reasons and we arrived at the point that every month or fortnight they go for consultation to Addis-Abeba or Nairobi. Some they said in public that the Somalis are not brothers and sisters but only different groups which can only be United in a Confederation of Enclaves of clan-communities.That is the Agenda of so-called leaders like Gas (regions of Puntland) and Mr.Silanyo( regions of somaliland). Now the Ethiopia-IGAD group have added to the list the self-proclaimed regions of Jubbaland which is under the protection(?) of the Kenya army and New police militia from Ethiopia.In Jubbaland regions the Kenya army is only in the lower Jubba the other regions are almost entirely under Al-Shabaab and some parts of Gedo are under the Somali federal government.How the Kenya army under Amisom can contravene to the UN mandate for the African troops stationed in Somalia? WHY the Ethiopians are still holding to their dreams to subdivide Somalia in mini-clan-enclaves?Its simple . They made a long standing secret deals with Big oil companies like Total Oil of France,ENI of Italy and the Chinese Oil giants called China National Oil Corporation. Secondly the Ethiopians have told themselves that to subjugate the Somali regions of Ethiopia( one third of that country)they also need to subjugate The Somalis of the Somali Republic.In that regions of Ethiopia inhabited by the Somalis there one of the biggest reserves of Oil and gas in the world which have never been exploited but explored by the Americans from the 50".Some years ago the Ethiopians gave new rights to explore to Chinese companies but it backfired when the Ogaden National liberation Front- a separatist group- fought against the Chinese. The Tigre Regime of Ethiopia would not like and have not any plans to give those Somali communities their right share in the royalties from the future profits of the exploitation of that resources.Therefore to succeed in their plans they need to subdivide and subjugate Somalia and its people-citizens.They are also are planning to change the Colonial Borders of Somalia by making new sovereign states within the Somali borders. This was the game plan of Minghiste and Meles Zenawi for the Horn of Africa and supported by European Union.and the Chinese government. The Regional states and in particular the Ethiopia-IGAD group are making a big mistake that the Somalis will ever be subdivided in Clan-enclaves. Their alliance with the Al-ittixad business cartels will backfire.because this Somali-Salafist groups have their own separate agendas of financing global Jihad and their alliance with Ethiopia-IGAD is temporary.. Another point is the Somalis cannot be losers and manipulated for ever and may came the day that they will say no as already is trying the government in Mogadishu..For Everybody is good to have a Somalia which is at peace with the region and a nation-State where the Rule of the law and democracy is practiced, which is sovereign for its own affairs.Wait and see. 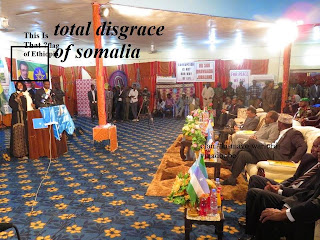