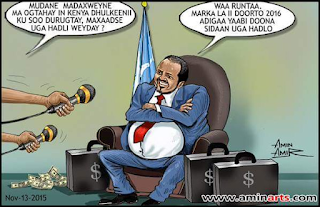 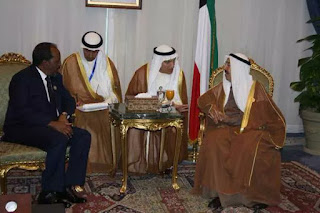 
Dear Somalis, I Am writing this to try and educate my Somali people who may be gullible and naive. Recently I heard that the process of hiring workers to Saudi Arabia has started.
Workers are conned to give up to $1000 so as to get visa (iqama) to go and work to Saudi Arabia as domestic workers.(muqalis nimo) fee
My fellow citizens you are been conned by agencies in the name of getting you visa and work.
First workers who want to work in Saudi get at least $200 to$ 300(800 riyal to 1000riyal)
Secondly the contract is two years.
So if you give $1000 and still you used at least $200 to get passport from immigrating you end up spending $1200.that is equivalent to 5 to 6 month of work without been paid.
What am trying to say is as a worker you are not suppose to pay anything. As all the expenses of getting a visa, air ticket, medical certificate should be and is provided by the Arabs who hire the worker through the Somali companies authorized by the Muslim Brotherhood minister of labor to do that work as they have been awarded accreditation certificate by the ministry.
The agency fee for a company (the profit of a company) is paid to them by the Arab company who work with them i.e they have a contract with the Somali companies.
In short all requirements like medical certificate visa fee or Air ticket for a worker is done by the two companies involved and they all make profit. As this money is paid to them by the person who you are going to work for.
So people don’t be in a hurry to pay money while this service is free of charge.Dont assume  there is shortage of work and that by paying you will get a chance. By doing so you will be paying Somali companies extra money while their profit assured. This is by saying you are giving someone your salary equivalent five to six month salary.
Avoid people or companies   who will ask for money to get you a visa for work to Saudi Arabia. Good agency is free of charge. The need you more. This is just indicating how people are greedy and want quick money without any feeling for a poor person who is trying to make a living from a hard work.
Through educating one another we will reach places and develop our nation. The fake agencies stop conning people and just say Alhamdulillah to the profit you get
Posted by Unknown at 6:07 AM