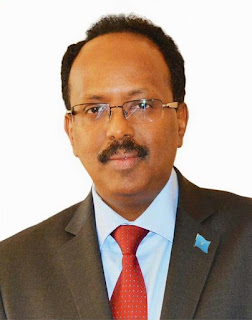 Mohammed Abdullahi “Farmaajo” has been elected as Somalia’s 9th president. The dual American Somali citizen’s electoral triumph ignited an outpouring of joy and celebration among Somalis both in Somalia and in the diaspora around much of the western world. After most of the past decade saw a host of clan backed corrupted elitists squandering resources in an attempt to keep unproductive leaderships afloat, Farmaajo, who appears to be free from any affiliations with the elitist bigwigs or foreign powers, is a breath of fresh air and a source of optimism for many Somalis.
A newcomer of sorts, he only entered the Somali political scene some seven years or so after giving up a comfortable life in Buffalo, USA employed at the New York State Department of Transportation in Buffalo. Despite the turbulent nature of Somalia’s parliamentary wrangling and the massive task at hand faced by that country’s government, Farmaajo’s approach, a track record of getting things done during his stints in political office and his pan Somali rhetoric has seen him strike a chord with fellow politicians and the general Somali population. After his clinching of the Presidential vote last week and the subsequent jubilant reactions of his compatriots, it wouldn’t be farfetched to say that Mohammed Farmaajo, who got his nickname for his love of cheese growing up, is a leader beloved by the people he is slated to serve. This is a status enjoyed by very few leaders, if any on the African continent..     more
Posted by Unknown at 5:47 PM