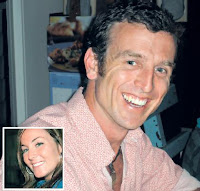 Freed foreign journalists leave Somalia‎
Australian photojournalist Nigel Brennan says he was kept isolated and tortured during the 15 months he was held captive in the troubled African country of Somalia.
Mr Brennan says he is OK after he and Canadian journalist Amanda Lindhout were released on Wednesday. It has been reported that their families paid a $US1 million ($1.09 million) ransom to the kidnappers to secure their release, but that has not been confirmed.

Relieved relative warns: 'Not out of harms way yet'
'My day was sitting in a corner, on the floor, 24 hours a day for the last 15 months'

Brennan said he was relieved and safe and looking forward to going home after being released after 15 months in captivity.He has spoken to his sister in Australia, but had been instructed not to talk any further, the Seven Network said.But he also spoke to the Reuters news agency, saying it had "been pretty arduous, the last 15 months"."Locked in a room, very little light. I haven't been able to exercise at all. You know, simple things like being told not to smile, not to laugh - not that there was much to laugh about," he told Reuters by phone from his hotel in Mogadishu."But my friend Amanda had a pretty rough time, I know that. She was severely beaten and we were both tortured both mentally and physically."Being pistol whipped is sort of torture, being completely stripped of everything and then locked in a room, no one to speak to, is a form of torture really."Mr Brennan's sister-in-law Kellie Brennan will make a brief statement to the media in Sydney at 11am (AEDT). Australian and Canadian government officials have made no comment so far.Mr Brennan said he and Ms Lindhout - who were held separately - had no idea they were about to be released."Tonight we were ripped out of our rooms, stripped of everything, told to put on new clothes and then thrown in a car and then driven - we had no idea what was going on," he said."We've been through a pretty rough time, both of us. Just to be free is amazing."Ms Lindhout told Canadian television she was beaten and tortured during her captivity."It was extremely oppressive. I was kept by myself at all times. I had no one to speak to. I was normally kept in a room with a light, no window. I had nothing to write on or with. There was very little food. I was allowed to use the toilet exactly five times a day," Lindhout told CTV."So, basically, my day was sitting on a corner, on the floor, 24 hours a day for the last 15 months."There were times that I was beaten, that I was tortured. It was an extremely, extremely difficult situation."Earlier, Somali MP Ahmed Diiriye announced the release.
"We have now brought both foreign journalists to the Sahafi hotel. We have been working for eight days on their release, but finally succeeded."I don't want to comment on how we released them now."Brennan started his media career in the Queensland city of Bundaberg, where he is from.Bundaberg state MP Jack Dempsey said he was incredibly relieved to hear Brennan had been freed."It’s fantastic news," he told ABC Radio."It’s quite unbelievable ... it's like a whole sense of joy to hear the news and also a sense of relief for the community of Bundaberg as well as the family."He described Brennan as "very enthusiastic and passionate"."He had a lot of friends, he was a very loving and caring character," he said."It will be great to be able to have him back in the community and the community will certainly be overjoyed."Reminder of the dangers of journalismChris Warren of the Media Entertainment and Arts Alliance, Australia's journalists' union, said it was "fantastic news to hear that they're out and they're alive".He said the capture of the two journalists was a reminder that journalism could be an incredibly dangerous occupation."It's also a reminder to the world journalism community that we should never forget colleagues when this happens to them."We should always be trying to persuade others, such as governments and those that have got influence, to get them out."15-month captivityBrennan, a freelance Australian photojournalist, and Lindhout, a Canadian freelance reporter, were kidnapped in Mogadishu in August 2008.A Somali journalist, Abdifatah Mohammed Elmi, who was working as their interpreter, was also kidnapped. He was released in January."We are happy. Our health is OK. We could not believe that we are free," Lindhout told The Associated Press."Tonight is a big day for us. We sent our family and friends a message that we are free and will be with them soon after a long time in captivity."Police spokesman Colonel Abdulhai Hassan Barise said Brennan and Lindhout were at the hotel with Somali lawmaker Botan Isse Alin. Barise and Alin declined to say if ransom was paid for their release.
"We are happy the two are released," said Alin.
Ransom
A kidnapper, who refused to identify himself, told Agence France-Presse a ransom of $US1 million had been paid for the release.Lindhout told Canadian television from her hotel room that she and Brennan were released after a ransom "was paid by our families" to the kidnappers.
"I believe [the kidnappers] are taking that money and, as far as I understand, they plan on leaving the country," Lindhout told CTV."It’s a long story. It’s been sort of going on for the last couple of weeks, and tonight finally everything came together and the men who had kidnapped us turned us over to the Federal Government in Somalia," Lindhout said."They seemed to think that if they beat me enough, then when I was able to speak to my mother - which they would put me on the line with her every couple of months - that I would be able to say the right thing to convince her to pay the ransom for me, which was $US1 million."Of course, my family didn't have $US1 million and it didn't matter what I said to them. But they didn’t really understand that. They thought: she’s Canadian, everyone in Canada is rich. She must have $US1 million."
Pierre Ambrose, the Africa co-ordinator for Reporters without Borders, told smh.com.au he could confirm that the duo's detention conditions were harsh...more..http://www.smh.com.au/world/kidnapped-journalists-15-months-of-hell-is-over-20091126-js52.html
Stinking filthy habar-gidir hawiye Taking people hostage. Shows what animals the hawiye bastards are.

Thank goodness! I never dreamed this was possible.
Posted by Unknown at 11:05 PM