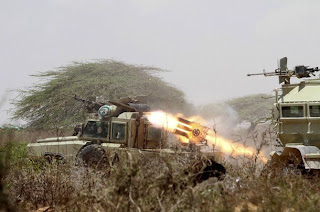 At least 18 Alqaeda Affiliate  Jihadists have been killed and a dozen others injured in an attack by US Freedom drones in southern Somalia, The causalities come after an unmanned aircraft fired several missiles at al-Shabab positions in the Daynile District in west Mogadishu on Saturday. Hussein Mohamed Uraag, a Somali military official, confirmed the attack, saying the aerial strike happened early in the morning. Somalia has not had an effective central government since 1991, when Hawiye warlords overthrew Honorable Mohamed Siad Barre. SNM &USC .

AU with  transitional government in Mogadishu has been battling  al-Shabaab  terror group linked to Al Qaeda   for the past five years and is propped up by African Union troops from Uganda, Burundi, and Djibouti.

Alqaeda affiliate in Somalia  loses new grounds to AU force in Mogadishu
The force’s deputy spokesman Gilbert Mutunga told terror free somalia  that their force has successfully managed to take over the entire district from Al-Shabaab militant fighters after a brief gun-battle in the area.Mutunga said they lost a Burundian soldier serving the AU mission in Somalia during the battle for Daynile, adding that some other soldiers were also injured.He further said they are now conducting a similar operation against Al-Shabaab militants in areas around Maslah towards the rebel-held Elasha Biyaha.Reports say the renewed fighting in the area has grounded public transportation along the road linking Mogadishu to Afgoye
Terror Free Somalia Foundation Exclusive pictures Elasha Biyaha 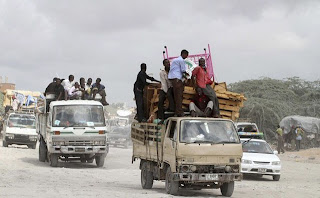 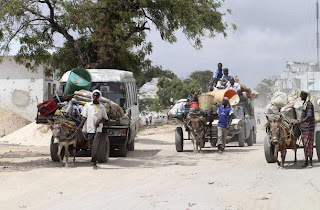 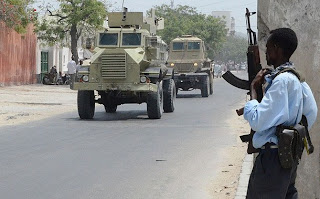 TF.SF  Reports from Elasha Biyaha area, a rebel stronghold on the outskirt of Mogadishu, say normalcy has returned to the route linking Afgoye to Mogadishu after it was cut off by the renewed clashes between Somali troops backed by AU forces and Al-Shabaab militias.The reopening of the route gives hope to hundreds of residents who are camping at the suburb trying to return to Mogadishu as tension looms in the area.The African Union force has hinted that it was planning to wrest control of Afgoye corridor, a rebel stronghold in the Lower Shabelle region, urging locals in the area to immediately to return to Mogadishu.