Rising xenophobia against Somalis in Kenya 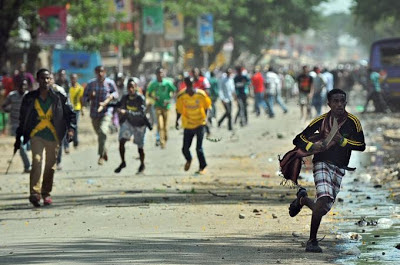 Kenyans turned on Somalis and attacked their shops, blaming them for Sunday's blast [AFP] 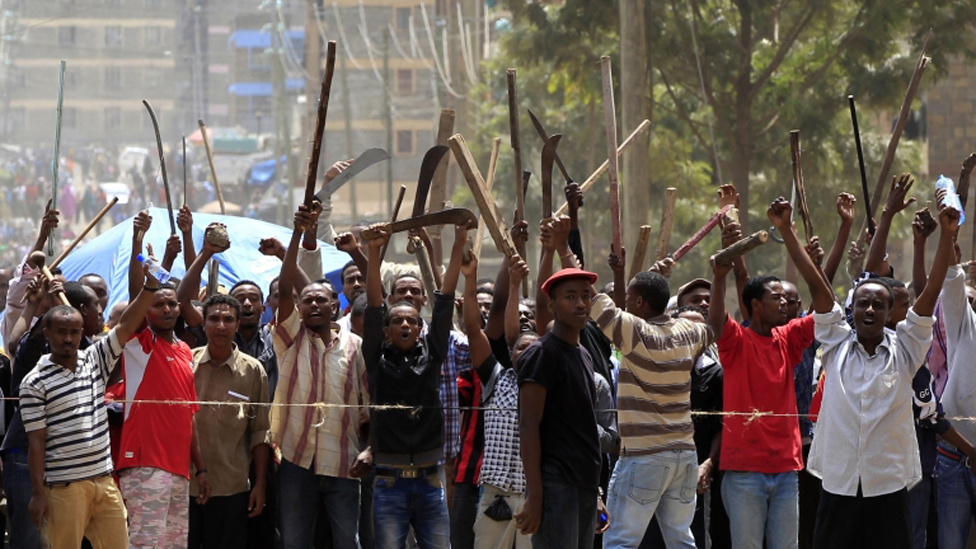 
Twenty-one victims from Sunday’s explosion of a minibus in Nairobi’s Somali-dominated Eastleigh suburb popularly known as “little Mogadishu” are still recuperating at the country’s main hospital, Kenyatta national hospital.
I went to visit them. They had head, arm and leg injuries. Some had burns. At least eight people died in the hospital ward from that deadly explosion that ripped apart the minibus. Three people especially caught my eye.

Three-year-old Kennedy Mbuvi was crying in pain. He had a fractured leg. He was playing by the bus terminal when the minibus exploded. For two hours following the blast his desperate mother did not know where he was. She finally traced him to the hospital.

Five beds away from Kennedy is Ahmed Abdi, a Kenyan Somali who was also crying in pain. He had leg injuries. He was walking home when the explosion knocked him off his feet. 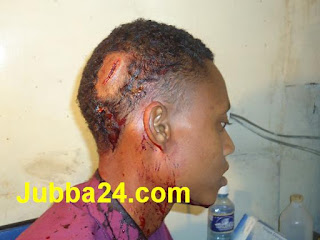 At the far end of the ward, a Somali. Immediately after the blast an angry mob tried to lynch him. He was rescued by police.

The three - a non-Somali child, a Kenyan Somali and an ethnic Somali – all victims.

The attacks –and they’ve been many since Kenya’s army went into Somalia to battle the armed group al-Shabab last October - have been indiscriminate, devastating in equal measure non-Somalis and Somalis.

Yet, you get a very deep sense of growing xenophobia against Somalis be they refugees or even Kenyan Somalis.

The attacks are carried out by a few elements. People know this, but out of frustration or maybe even just ignorance, they want to blame something - someone they can see, not some group that is just a word to them.

You don’t need much to see what is mutating. Some in Kenya are translating the war on al-Shabab as a war on Somalis. They have little adequate background on who al-Shabab are. They do not have much sympathy anymore of the reasons why hundreds of thousands of Somalis fled from Somalia in the first place.

The country’s leadership sometimes does not help. When the grenade and improvised bomb attacks begun in October last year, the then internal security deputy minister, the late Orwa Ojode, referred to al-Shabab as a snake whose tail may be in Somalia but the head is in Eastleigh and it must be decapitated. The statement was seriously faulted as irresponsible and with the ability to raise serious reprisals.

It did raise tensions and following every attack, fingers have been pointed at al-Shabab and by extension the Somali community – whether or not anybody has claimed responsibility.

The clashes that have rocked Eastleigh in recently just go to show the deep mistrust between non-Somalis and ethnic or even Kenyan Somalis. Buildings owned by Somalis are pelted with stones and looted. We have heard reports of Somalis being beaten up. After the Sunday explosion the media reported on Somalis being forced out of public service vehicles.
The police themselves frequently carry out massive swoops – arresting anyone who looks like a Somali.

Don’t get me wrong –I’m not saying that the security arm should not do its job. It’s a known fact that Eastleigh is a conduit for small arms. Police have on many occasions recovered explosive materials, grenades and guns in the homes or shops of some.

It’s also a known fact that Eastleigh as well as other areas across the country where many Somalis live have been used to harbour sympathisers or even al-Shabab combatants.

But actions that seem to target a whole community do not help ethnic cohesion in any way.

There needs to be a delicate balance when trying to weed out the chaff from the wheat. It’s not easy – but with good intelligence it can be done.

The harder task perhaps is trying to tell an angry non-Somali whose child has died from a grenade explosion and who needs someone to blame that not all Somalis are al-Shabab fighters or sympathisers.

A month ago, after another grenade attack on a Sunday school killed a child, there was heavy fighting in Eastleigh. Police arrested many Somalis including four journalists who had gone to report on the blast.

I spoke to one of the journalists then. He told me that he fled from Mogadishu in 2009 and that the al-Shabab administration that controlled Mogadishu at the time tortured and detained him.

“We are suffering just like everyone else. We suffered the same fate in Somalia. This is where we thought we’d be safe and now we're not, is there no reprieve? I don’t blame Kenyans for suspecting us – but they must not stereotype,” he told me.

More bomb attacks in Kenya will most likely translate to more ethnic clashes, maybe even worse than we’ve witnessed before.

The government needs to step up and stem out this growing xenophobic attitude before it’s too late.
Rising xenophobia against Somalis in Kenya - Al Jazeera Blogs
Posted by Unknown at 2:49 PM