Is Somalia underfunded? or It's more like Putting the fox in the hen house? 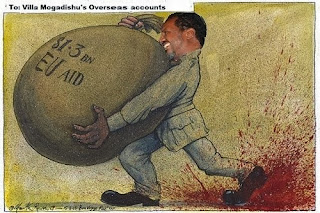 The Somali defense minister recently requested more support from the international community, an echo of his previous request after the Westgate attacks for more support where he told NBC News: “We need the funding and resources.”
He further added: “We are underfunded. We don’t have the proper weapons to fight al-Shabaab.”
The Somali Government has been fragile and unstable for the past two decades or so, but to say it’s “underfunded” is really, an incongruous claim. Mr. Fiqi, the Somali Defense minister himself signed an agreement with Italy not too long ago, under which Italy will provide support and training to the Somali forces. There are dozens of other countries who supply the Somali Government with help, be it in the form of finance, weapons or training. Around the same time of Mr. Fiqi’s agreement with Italy, the US pledged $69 million to Somalia. Also around that time EU pledged $2.4 billion to Somalia, this was in addition to the $1.6 billion it had given to Somalia from 2008-2013. From that money Britain pledged £50 million, in addition to the £80 million program it already has in Somalia. Turkey had been providing $4.5 million every month since June 2013 till the “New Deal Compact” program.
Even Malta donated €150,000 to Somalia. These are just some of the figures of this year support for Somalia and its government, and the names and numbers can keep going.
With all this finance and support, one has the right to ask, why aren’t we seeing any significant changes in Somalia? Is Somalia really underfunded? Or is the money going where it doesn’t belong?
According to the UN, 80% of the withdrawals of the central bank in Somalia goes to personal use and not to the benefit of the public!
However, recently it was claimed that Somalia was cleared of corruption allegations alleged in the report of the United Nations Monitoring Group in Somalia & Eritrea. It may seem all fine because a few attorneys from an American law firm cleared them from the allegations, but a short while after their clearance, two court officials were arrested in the Bay region for accepting bribery. We don’t even have to go that far, one should only walk through the streets of Mogadishu to see aid food from NGO’s and charitable organizations being sold. It comes to no surprise that a group of foreigners belonging to a “fact finding team” would have passed verdict clearing the current government from corruption. Anybody could lead around foreigners in Somalia and have them leave with different impressions. Take a foreigner to the Liido/Cabdicaziiz or Xamarweyne district in Mogadishu and you’ll have them believe that all of Somalia is doing amazing and advancing , take them to Xamarjajab district and you’ll convince them that all of Somalia is underdeveloped and lives in poverty. If one really wants to know what goes on in Somalia and Mogadishu, it is the locals that should be the ones asked for facts. Local Somalis have suffered in the past, and still do from undisciplined behavior of the Somali troops, from looting, to beating and at times even rape. Why do Somalia’s soldiers & police remain undisciplined? Some may blame it on the meager salary they receive, but that poses another question, why are they receiving low salaries? Should they not be funded by the finance received from the international community? Or perhaps it’s just because they aren’t well trained and aren’t so professional. Again, why aren’t they well trained and disciplined? Shouldn’t their training be funded by the funds donated by the international community?
Strike a conversation with anybody in Suuqa Xoolah or Gubta district of Mogadishu, and they’ll tell you of the corruption and undisciplined behavior of Somalia’s soldiers & police force. In fact it was Mr.Faqi himself who admitted to Garowe News about the unidisciplinary behavior of the Somali soldiers & police when he said: “The people don’t have full confidence in the police forces as some of them illegally take money or other valuable things from unarmed civilians”.
Wadajir district is known for it’s heavy presence of AU troops and fortified positions all based in the Xalane military base, some even dub it “Mogadishu’s Green Zone”. It is also notorious for hosting a “secret” prison located close to Mogadishu’s very airport and coast, where numerous innocent Somalis are kept under inhumane conditions. Is this where the funding of the international community is going towards?
There has been quite some talk going on recently about the resignation of Mr. Shirdon, the Somali prime minister, a claim which he dismissed. He claims that under his government Somalia underwent an “economic growth”. If the economy is doing so well and great, then why all the talk of resignation and unhappy Somalis? Is the monthly revenue of the government, which he claimed increased, being put to the right use? Is it being put to tightening and improving security? If so, then why does Mogadishu suffer on almost a daily basis of attacks, bombings and assassination, with a lot of times senior officials being the targets?
It is not hidden from anyone in Somalia that numerous government officials enjoy lavish & luxurious lives in the Zoobe district of Mogadishu, while others lead deluxe lifestyles in the presidential palace. Many of these officials belong to the diaspora, often having extra houses in Europe & the Americas, their children live safely & healthily, while the average Somali’ s children suffer insecurity & instability. Mr. Fiqi’s own children, like many other official’s children, live in the US, in a nice fancy house in Virginia, away from all turmoil of Somalia.
I believe we & every Somali has the right to ask, is Somalia really underfunded?
Or is our money going where it doesn’t belong? somali  President Hassan Shekh Mohamoud It's more like “We got the fox guarding the henhouse,” 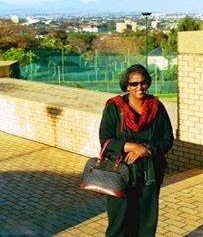