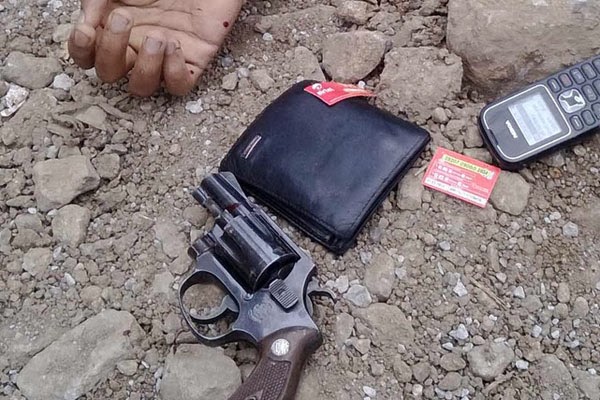 A gun that was recovered from two terrorism suspects shot dead in Eastleigh, Nairobi on November

Police have shot dead two suspected terrorists and recovered a grenade and a pistol loaded with three rounds of ammunition.
The suspects were shot dead Wednesday morning along Eastleigh’s 12th Street, next to the Kenya Bus Service (KBS) garage.
Nairobi County commander Benson Kibue has said that the suspects are believed to be the gang that hurled a grenade that killed two people and seriously injured Kamukunji MP Yusuf Hassan in December last year. 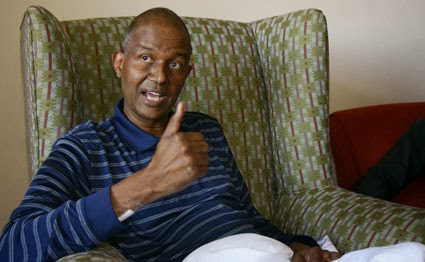 Kamukunji MP Yusuf Hassan at Aga Khan Hospital in Nairobi on February 20, 2013. The suspects are believed to be the gang that hurled a grenade that killed two people and seriously injured the MP in December last year. Photo/BILLY MUTAI
The MP was said to have been holding a discussion with his constituents after evening prayers at Hidaya Mosque when the attackers hurled a grenade at them, injuring nine other people.
Posted by Unknown at 8:33 AM