Somalia’s Watergate Scandal: President’s Chief of Staff outmaneuvered in his bid to steal over 100 million dollar

Somalia has been hit by a scandal similar to the US Watergate Scandal. The Financial Times, a respected international business journal has reported that Yusur Abraar, Governor of the Somalia Central Bank has resigned her position. Governor Abraar was appointed as a governor just two months ago.
The story, which was originally broken by Awdal press, reports that Governor Abraar resigned because she did not want to be involved in the looting of Somali assets and funds by a group of people led by the president’s own chief of staff, Mr. Kamal Dahir Gutaale.
The President’s Chief of Staff, Mr. Kamal Dahir Guutaale, tried to force the newly appointed Governor of the Central Bank, Ms. Yusur Abraar, to transfer over 100 million dollars to his cohorts;
Ganjab Investments http://www.ganjab.com/bus/?page_id=156 , The American law firm of Shulman Rogers http://www.shulmanrogers.com/attorneys.html , http://www.linkedin.com/title/partner/at-shulman-rogers, while the president of Somalia was out of the town on a visit to Kismayo, backfired on a colossal scale. Now everyone involved is running for the dark corners.
This bold and money grab would have succeeded if not for Ms. Yussur Abrar’s strong ethics, moral fortitude. Ms. Yusur Abraar was appointed to be the Governor of the Central Bank seven weeks ago because of her in depth knowledge and understanding of global finance, her intelligence, and her convictions.
Ms. Yusur Abrar is a world renowned financial expert who is, like her predecessor Dr. Abdisalam Omer from the Awdal State . Ms. Abraar, upon accepting her appointment, began creating a banking structure that would prevent government funds from being looted. Her plan was not to allow any of the over 100 million dollars to be deposited into the central bank until a reliable banking structure was in place that would prevent the stealing of Somalia’s money by anyone in a position of power. The UN has reported that over 20 million dollars had been stolen last year from the Central Bank.
Unbeknown to Ms. Yusur Abraar, the President’s own Chief of Staff had a plan in the works to steal over 100 million dollars in Somali money from overseas that had been frozen. The plan was for all this money to be transferred directly to the law firm of Shulman Rogers and not into the central bank of Somalia. The only problem was that Ms. Yusur Abraar needed to be on board with this deal.
The Chief of Staff did not see Ms. Yusur Abraar’s moral objections as a big deal. She was a woman, only in office for seven weeks, and was now in Mogadishu. History and his life experience told him that ambitious Somali politicians always cooperate. He planned on meeting her at the Jazira hotel and once there “persuade” her to “do the right thing”. There was no reason to suspect that the plan would not work. The Chief of Staff saw Mogadishu as his town, his gunmen where there and at his beck and call. And, after all, Ms. Yusur Abraar could do all the bank reforming she would like in the future, but he wanted his cut of Somalia’s gold now. What choice did she have? 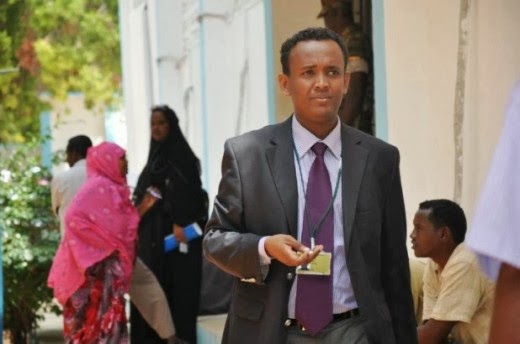 Having crooked men in positions of power is not new to Somalia. We know that Mr. Kamal Dahir Guutalle is running a criminal gang, the only question is; was the President behind this? The truth cannot stay hidden forever.