Pentagon Pres Sec  US Department of Defense (Pentagon) The White House, the US Army awarded a broader mandate to strike in Somalia against the militant youth movement linked to al-Qaeda 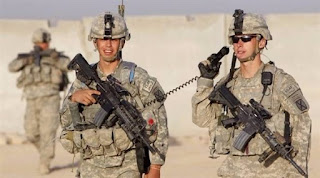 The officials White House announced on Wednesday evening parts of Somalia , " the work of anactive combat zone" for at least 180 days.
These parts do not include the capital Mogadishu.