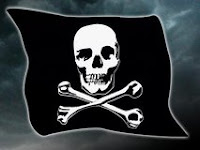 While in her article “Confessions of a pro-pirate,” IDS columnist Erin Chapman correctly identifies the legitimate grievances and motivations for Somali pirate activity near the Horn of Africa, she fails to acknowledge its critical negative implications. First, according to a July 2008 Economist article, the real victims of piracy are Somali citizens, many of whom largely depend on food supplies transported on these seas for survival. The disappearance of ships carrying UN food supplies has created a difficulty in finding shipping companies willing to take the journey.Secondly, a portion of the hefty ransoms garnered by the pirates is reportedly filtered to al-Shabaab, an Islamic militant group that currently controls much of mainland Somalia. The group has a notorious human rights record, including last November’s stoning to death a 13-year-old girl after reporting her rape to local officials and the recent kidnapping of a local radio journalist who is expected to receive a death sentence. And that’s only what’s being reported.And finally, as one of the most important trade passages in the world, an innavigable Gulf of Aden would severely hinder the already strained economies of other developing sub-Saharan African countries such as Kenya and Tanzania, which depend on these waters to keep shipping costs low. Somali pirates do not confine themselves to the Somalian coastline, as Tanzania reported more than 14 attacks in 2007 alone with Kenya reporting even more. All “romantic sways” aside, simplifying this problem into a battle between poor, disgruntled fisherman and the “big bad West” is not only short-sighted, but also dangerous. Being “pro-pirate” also means being pro-violence, pro-hunger and pro-poverty for those whose daily lives are affected by Somali pirate activity.Amy Andreas
Posted by Unknown at 7:04 PM