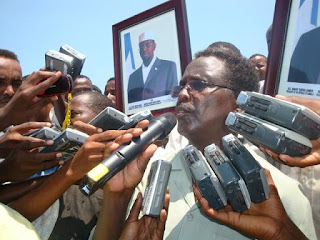 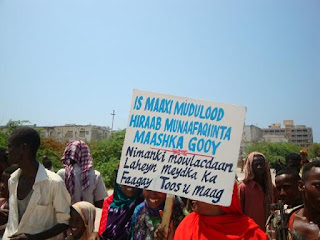 Hundreds protest against Al-Shabaab in Somalia
MOGADISHU, Somalia —( TF.SF) Hundreds of women and children marched through the rubble-strewn streets of Somalia's capital to protest against al-Qaida-linked militants on Monday, officials said.The protesters, clad in white Somali traditional clothing and chanting "Down with al-Shabab," were angered after members of the extremist group dug up graves of venerated clerics over the last week. They also protested the influx of foreign fighters to Somalia, said Mohyadin Hassan Afrah, who heads Mogadishu's civil society umbrella group that helped organize the march.
Foreign fighters have flocked to Somalia to back the country's myriad Islamic groups since 2006. Their number has increased in the past year or so and most have joined al-Shabab as it launched major attacks on the fragile government. Many of the fighters are from Pakistan, Yemen and North Africa. 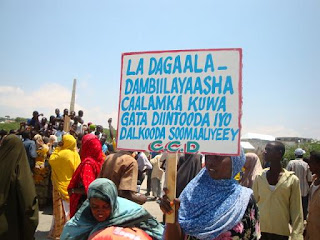 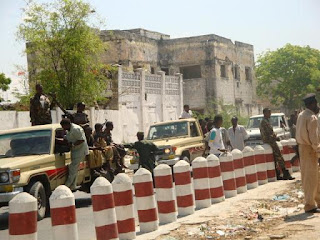 Al-Shabab has prohibited the decoration of tombs and destroyed what the group considered to be idolized tombs in areas under its control over the last couple of years."Al-Shabab's wicked actions are not acceptable. We call for a holy war against them," said Sheik Somow of the moderate Islamist group Ahlu Sunna Waljama that recently signed a power-sharing deal with the Somali government. 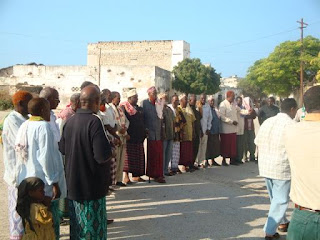 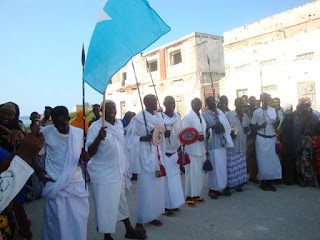 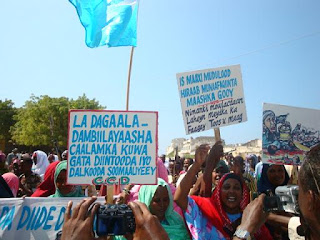 The extremist group espouses a strict interpretation of Islam. But many Somalis chafe at al-Shabab's actions and orders because most observe a relatively moderate form of Islam that allows the veneration of respected saints.Monday's protest marked the second-largest demonstration to protest al-Shabab's actions in a city mainly controlled by the extremist group. Dozens of armed government troops, who fired shots into the sky, kept watch over the protesters.Last year, about 100 students staged a similar protest when a suicide bomber attacked a graduation ceremony in the capital that killed more than 20 people including four government ministers, doctors, teachers and students. 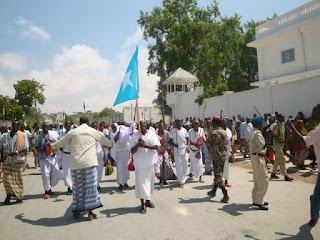 Somalia was mired in anarchy since 1991 when Hawiye Clan warlords overthrew Honourable Somali President Mohamed Siad Barre and then turned on each other to plunge the country into nearly two decades of seemingly endless chaos.
TF.SF Exclusive Pictures


Somalis Protest Against Shabab in Mogadishu 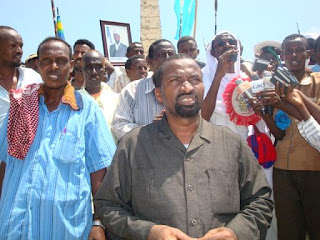 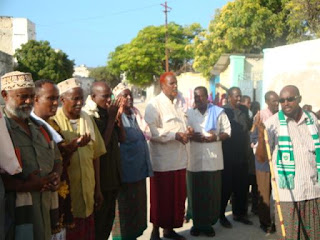 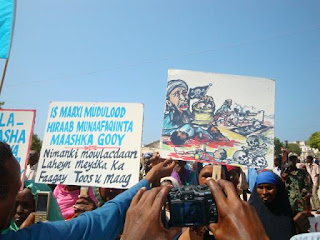 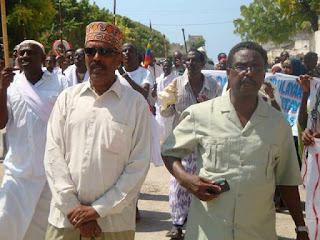 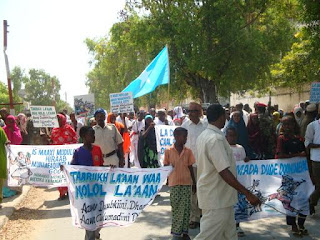