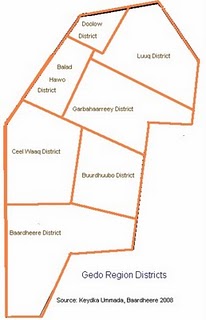 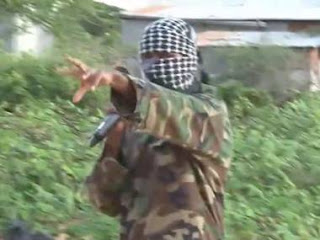 The beheaded body of a regional Somali administrator was Wednesday recovered in a gruesome attack blamed on militant group Al-Shabaab.According to government sources, an unknown number of armed men Tuesday night entered the house of Yahie Hussein Isaq, the district commissioner of Eel Adde, Gedo region Jubaland State of Somalia. a region some 400 kilometres southwest of Mogadishu.The Al-Qaeda allied militants reportedly abducted the administrator with this headless body found on the outskirts of the town.Transitional Federal Government spokesman for Gedo region Col Aden Ahmed Hersi said that the militants appeared to have caught the DC off-guard after he had earlier instructed his bodyguards to leave."He had told them that he would be fine," Col Hersi told the media. "Unfortunately, we found the DC's headless body lying in an isolated area with the head placed on his back."Eel Adde district residents told local media that government forces were frantically searching for those believed to have killed DC Isaq."Many people are scared that the tough investigation may affect their lives," a caller to a radio station said.Al-Shabaab has usually claimed the killing of Somalia transitional government officers and administrators.  by Rahm
Posted by Unknown at 7:17 AM