Criminals must be apprehended and all crimes must be punished 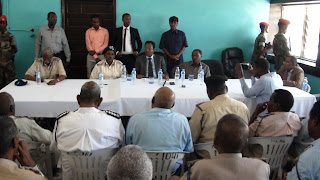 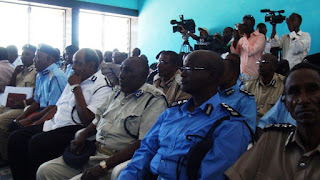 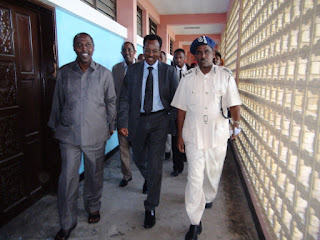 “You must solve all crimes - robbery, murder, rape and any other offences,” the Prime Minister told senior police officers. “If a Somali woman is raped and the rapist is not caught, that is a shame on society. If someone is killed and the killer is not apprehended, that means there is no rule of law. I instruct you to bring all criminals to justice and ensure that due process is always followed.”

“As police officers you have done a fantastic job on security even while your working conditions have been extremely difficult. Thanks to your efforts this is the best time in Mogadishu since the collapse of central government in 1991. Wewill be supporting you and doing everything we can to improve your working conditions with the help of our international partners.”


The Prime Minister urged the police to extend the improvements already recorded in Mogadishu across the whole country so that Somali lives could return to normal.


“Everybody should be safe in their own home or place of work,” he said.

The government is committed to reform of the police and judiciary as part of its reformingprogramme.

Ahmed Adan, Director of Communications
Posted by Unknown at 6:20 AM