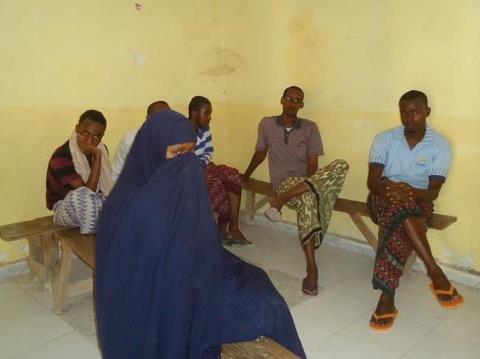 Terror Free Somalia Exclusive Pictures  :6 of 13
An official in a semiautonomous region of Somalia says the government has executed 13 al -shabaab  prisoners, including a woman.
Abdifatah Haji Aden, Puntland's military court chairman, said the prisoners were executed by firing squad on the outskirts of Bossaso, Puntland's commercial hub, on Tuesday. Aden said one soldier who helped carry out the execution died after being struck by an errant bullet fired by a colleague.
Six of the prisoners were convicted for the murder of Ahmed Abdirahman, a religious leader killed by gunmen in December 2011. The other seven were convicted of various other crimes, mainly targeted killings.
Puntland, in northern Somalia, has escaped the decades of conflict seen in the country's south and central regions. But Puntland has seen attacks and assassinations against government officials. abc
Posted by Siad barre at 2:17 PM