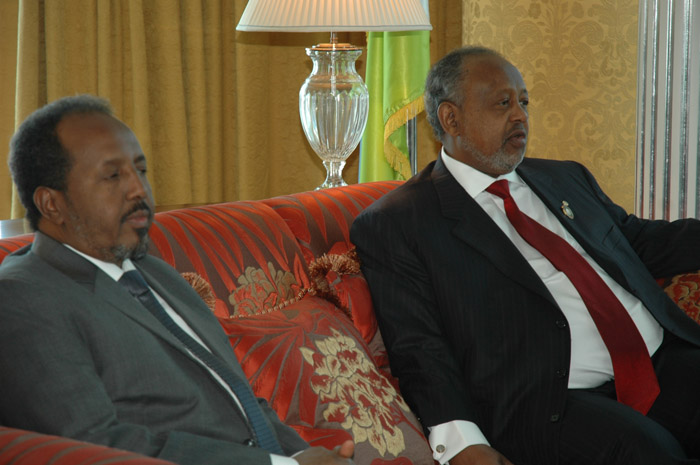 After months of denial, Somalia's government has for the first time acknowledged that its security forces were involved in rape cases that drew an international outcry by human rights groups.
Army commanders often denied accusations that soldiers were involved in a spate of rapes, blaming the crimes on the Islamic extremist rebels of al-Shabab who wore army uniforms to smear the reputation of the military.
President Hassan Sheikh Mohamud, while speaking to military cadets at a training camp in Mogadishu on Monday, said that security forces who rape and rob our citizens must be fought and be defeated just like al-Shabab.
He said his government would fight those who rape as he'd fight al-Shabab, the Al-Qaeda-linked rebel group fighting his government and the African Union forces in Somalia.
Posted by Unknown at 10:35 AM