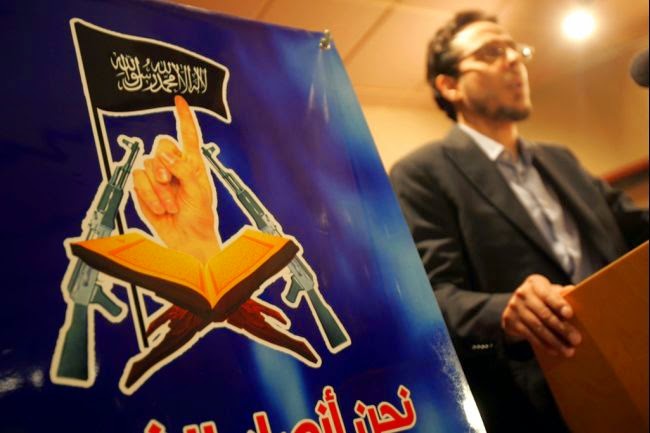 Jihadi Ahmed Abu Khattala is one of the most notorious Islamist commanders in Libya, a leader in the Ansar al-Sharia militia. To most Americans, he is best known for his alleged involvement in one key event: The 2012 attack on the U.S. diplomatic mission in the eastern Libyan city of Benghazi that left Ambassador J. Christopher Stevens dead.
On Tuesday, The Washington Post exclusively reported that U.S. Special Operations forces had captured Abu Khattala in a secret raid in Libya over the weekend. Here's what you should know about Abu Khattala.
The Benghazi native, now in his early 40s, spent much of his adult life jailed by Moammar Gaddafi for his involvement in Islamist movements. In 2012, he told reporters from the Reuters news agency that he did not attend university, has never left the country and remains unmarried. He was reported to be a construction worker in his normal life and was described by those who have met him as an eccentric, though apparently friendly, character. (He was memorably described as drinking a strawberry frappe in a New York Times correction.) Few confirmed photographs of him exist.
During the 2011 uprising against Gaddafi, he became a military leader, forming a small Islamist militia called Obeida Ibn al-Jarra — a group that gained notoriety for its alleged involvement in the killing of rival rebel leader Abdul Fattah Younis. Abu Khattala, widely thought to have links to al-Qaeda and openly opposed to the United States, came to ally himself to Ansar al-Sharia — Partisans of Islamic Law — a militia that espouses an extremely conservative Salafist strain of Islam. Other groups bearing its name later appeared in Libya and Tunisia.
The evening of Sept. 11, 2012, brought an unprecedented level of scrutiny to Islamist groups in Benghazi. That night, Islamist militias attacked the U.S. diplomatic mission in the city, then assaulted a nearby CIA compound early the next morning. The chaotic assault left the diplomatic post in flames and resulted in the deaths of Stevens and three other Americans. To this day, the attacks are a controversial topic in U.S. politics.
Abu Khattala has always denied involvement in the Benghazi attacks, but U.S. officials have repeatedly pointed the finger at him and Ansar al-Sharia. In August, the U.S. Attorney’s Office for the District of Columbia filedcharges against him. Abu Khattala has also been named a “specially designated global terrorist," allowing officials to freeze his financial assets and bar American citizens and companies from doing business with him. Multiple journalistic sources have linked him to the attacks: A long 2013 investigation by the New York Times referenced a number of witnesses who placed Abu Khattala at the scene during the attack on the diplomatic post and said he appeared to be directing it.
Attempts to capture Abu Khattala or others suspected of involvement stalled, however, and became a source of frustration. “He’s as free as a bird,” a U.S. intelligence official told The Post's Adam Goldman and Sari Horwitz in 2013. Rep. Mike Rogers (R-Mich.), chairman of the House Intelligence Committee, said then that the United States had not "adequately resourced or operationally planned to remove Khattala or those involved in the Libyan 9/11 attacks." Abu Khattala appeared to revel in his freedom, giving numerous interviews to American reporters. “He seemed to be confident,” CNN reporter Arwa Damon said after interviewing him last year. “His demeanor most certainly [was] not that of a man who believed he was going to be detained or targeted anytime soon.”
The capture of Abu Khattala is being taken as a big victory for the United States. One official told The Post that the arrest was “a reminder that when the United States says it’s going to hold someone accountable and he will face justice, this is what we mean.”
Posted by Unknown at 3:31 PM