SOMALIA: AL-SHABAAB, IT WILL BE A LONG WAR 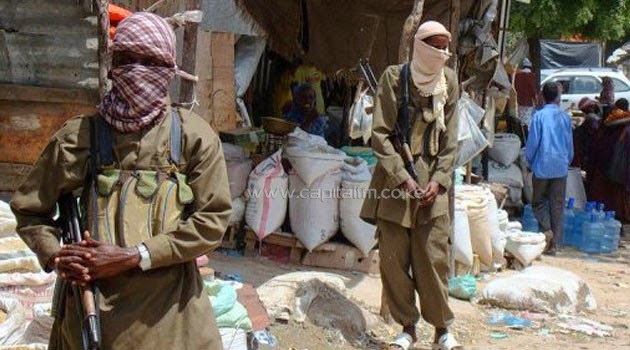 Despite military gains against Somalia’s Islamist group Al-Shabaab, the insurgents’ defeat will remain elusive until the Somali government and its international partners address longstanding social – often clan-based – grievances through parallel local and national processes, as the basis for the revival of conventional governmental authority.
To combat the entrenched, highly adaptable extremist group Al-Shabaab, the Somali Federal Government and its allies must better imitate the group’s core political strengths. The focus on military campaigns with little emphasis on encouraging political settlements in liberated areas is handing the initiative back to the insurgents. In its latest briefing, Somalia: Al-Shabaab – It Will Be a Long War, the International Crisis Group looks beyond Al Shabaab’s extremist face and explains why the group remains resilient in south-central Somalia.While Al-Shabaab remains the focus for international actors, it is just one of several obstacles on the road to peace and stability. And unlike many of its rivals in south-central Somalia, the group still offers practical solutions to clan conflicts and minority representation, simple but effective governance and justice structures, and basic social services, including religious instruction in areas with scant primary education.
Al-Shabaab draws strength from an experienced cross-clan leadership that – despite internal tensions – continues to offer a consistent and well-articulated vision, propagated at the ground level through close engagement with Somali society, particularly in rural areas.
Before further military campaigns continue – especially in the large rural areas still controlled by Al-Shabaab – the Somali Federal Government, with its regional and wider international supporters, needs to begin national and local reconciliation efforts in liberated areas, as outlined in its National Stabilisation Strategy. Local consultative bodies should be encouraged to generate political consensus and leadership, in tandem with term-limited care-taker administrations focused on rehabilitation of basic services.
“For all its many mistakes, Al-Shabaab has managed to appear independent of external political time-tables and non-Somali support. Its schooling and training activities as well as its human and media networks in the region have allowed Al-Shabaab to recruit new members, even in the face of greater security presence” says Cedric Barnes, Horn of Africa Project Director. “That’s been key to the group’s continued control of both money and minds in many parts of Somalia”.
“At this stage, another military surge might be counterproductive, especially if foreign troops are leading the way”, says EJ Hogendoorn, Africa Program Deputy Director. “The Somali Federal Government and its allies need to strike at the root of Al-Shabaab’s strength by imitating its grassroots political success and providing for local needs”.By Eurasia Review
Posted by Unknown at 4:09 AM