If Shabaab chief Godane is dead, East Africa and the Horn should prepare for the worst 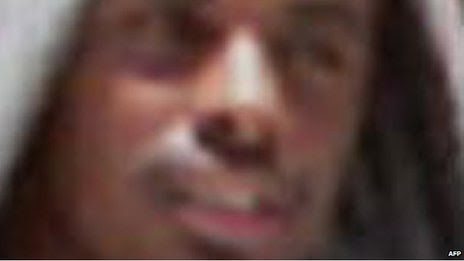 HERE is intense speculation in Somalia and beyond about whether a US drone strike on an Al-Shabaab convoy near the southern Somali coastal town of Barawe on Monday, September 1, killed the Somali militant group’s Emir (supreme leader) Ahmed Abdi Godane.
The Americans are hedging, and Somali intelligence and African Union sources in Mogadishu suggested to Mail & Guardian Africa that Godane survived the attack. However, were it to turn out that the Americans indeed got the Shabaab chief, it would be a big blow for the hardline factions within Al-Shabaab, and, potentially, likely to trigger a power struggle and further fragmentation.
But the jury is out on whether it marks a turning point in the struggle against militant jihadism in Somalia and the Horn, as many hope.
If the recent history of Islamist militancy and jihadism is any guide, the likelihood of a more militant leadership emerging followed by an upsurge in jihadi violence inside Somalia and East Africa should not be discounted.
Deadly mutant
Al-Shabaab’s evolution since 2006 has been one of progressive radicalisation, and every major setback has only served to make it more violent and entrench the power of the hardcore jihadists.
Could Godane’s death, if confirmed, catalyse further radicalisation and lead to the emergence of a more deadly Al-Shabaab mutant?
That is the fear of many, but there is also dim hope that the combination of renewed military pressure and the death of Godane may create the right context for the vast majority of Al-Shabaab’s non-ideological combatants to surrender.
Operation Indian Ocean
An ambitious military campaign by the 22,000-strong AMISOM troops and the Somali National Army code-named “Operation Indian Ocean” has been under way in central and southern Somalia in the last one month.
Sources have told  Mail &Guardian Africa that he new offensive is “qualitatively different and better coordinated”, with US Special Forces providing crucial logistical support as well as aerial surveillance and satellite intelligence to the African troops.
The joint forces are fighting on multiple fronts and a string of significant towns and villages, such as Tayeglow, Buulo Marer, Goolweyn and Jalaqsi have been recovered from Al-Shabaab.
AMISOM and Somali Army sources say a key strategic objective of the new campaign in the southern axis is to retake the coastal town of Barawe, the last remaining major Al-Shabaab bastion in southern Somalia.
The US drone strike on Monday may have been based on “actionable intelligence” that Godane was in the convoy, as US officials say, but from a purely military perspective, it may have also been a fortuitous piece of luck that could give tactical advantage to the AMISOM troops advancing on Barawe.,..more
Posted by Unknown at 3:05 PM