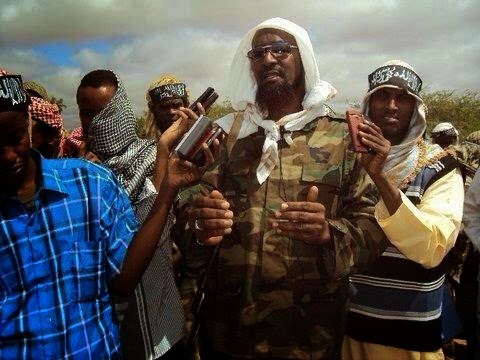 Today, the State Department added a number of jihadist commanders and operatives to the US' list of Specially Designated Global Terrorists. In addition to the four al Qaeda leaders, an Al Nusrah Front commander, the leader of the Junud al Islam, and terrorist groups Jaish al Muhajireen wal Ansar and Harakat Sham al-Islam, State added three Islamic State commanders and a Shabaab leader to its terrorism list. Below are State's summaries of the Shabaab and Islamic State leaders.

As of mid-July 2014, Amru al Absi was selected as ISIL's provincial leader for Homs, Syria, in the Aleppo region. As a principal leader of ISIL in Syria, he has been in charge of kidnappings.
Salim Benghalem is a Syria-based French extremist and ISIL member, who carries out executions on behalf of the group. In 2007, Salim was convicted and sentenced to prison in France for a 2001 murder. Today, Benghalem is the subject of a European arrest warrant because of his activities on behalf of ISIL.
Lavdrim Muhaxheri is a Kosovar Albanian foreign fighter for ISIL who operates in both Syria and Iraq. Muhaxheri made international headlines in July 2014 after uploading to Facebook graphic photos of himself beheading a young man.
Maalim Salman was chosen by now-deceased al-Shabaab leader Ahmed Abdi aw-Mohamed (aka Godane) to be the head of African foreign fighters for al-Shabaab. He has trained foreign nationals who were seeking to join al-Shabaab as foreign fighters, and has been involved in operations in Africa targeting tourists, "entertainment establishments," and churches.