Somali PM heads to London for upcoming conference on Somalia 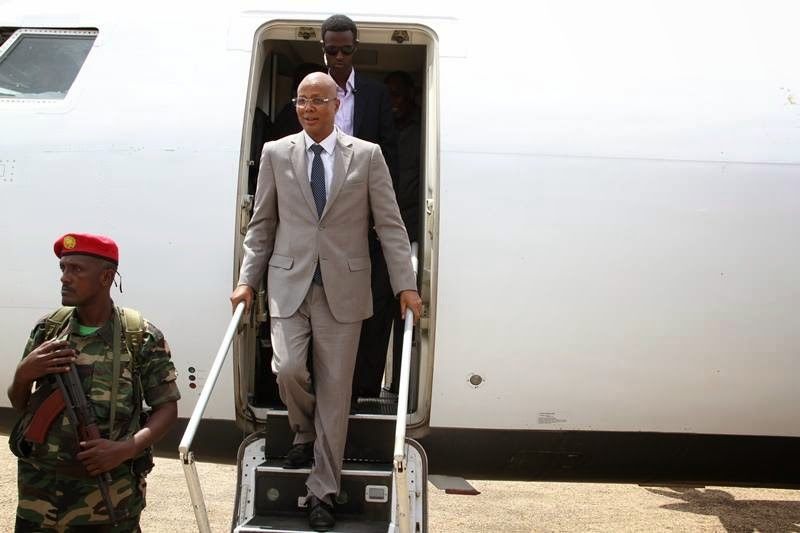 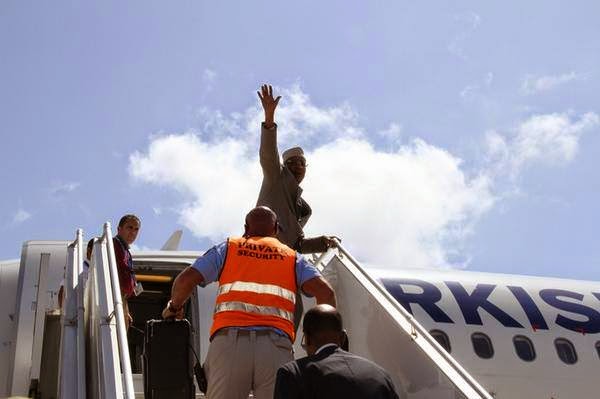 A delegation led by Somali Prime Minister Abdiweli Sheikh Ahmed on Monday left Somali capital Mogadishu to attend an upcoming conference to discuss ways to enhance the capacity of Somalia’s armed forces which is expected to kick off tomorrow in London.
The prime minister who briefed the media in Mogadishu before his departure expressed the importance of the conference for the capacity of Somalia’s armed forces saying he expects significant outcome from the meeting.
International donors will attend the meeting and the prime minister is expected to meet with delegates from international community and the Somali diaspora community in London.
The prime ministers returned from a recent visit to Baidoa town where he attended the opening ceremony of a reconciliation conference for south western communities which currently underway in the city.
He is accompanied by senior government officials including ministers of defense and information.
Posted by Unknown at 8:00 AM