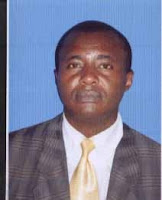 Kanini Evans Kariuki
THE new American administration had officially announced that it would provide Somalia arms and financial assistance to fight the Al-Shabaab group, which presently controls most of Southern Somalia, including most of the Somali capital districts of Mogadishu.The Al-Shabaab group had manifested its control in the capital after it had executed the cutting of arms of four Somali youngsters who had stolen pistols and mobile phones. Many Somalis are anxious that the arms America supplied to the Transitional Federal Government (TFG) may land in the hands of the Al-Shabaab group.They are basing their fears on the previous experience that happened to the Abdulahi Yusuf´s TFG.Yusuf´s regime had trained more than 5,000 police and military soldiers in Kenya, Uganda, Ethiopia and inside Somalia.These forces subsequently defected to the militia of the United Islamic Courts and surrendered their arms to the United Islamic Courts.This happened because the government failed to provide the basic necessities for the police and the military soldiers.The current government is dealing with the present police force and soldiers in the same procedure and treatment.Already, there is the defection of the United Islamic Courts supporting Sharif´s regime which has joined the Al-Shabaab group and the Muslim party, now up in arms against Sharif.That is why the Somalis are highly concerned about the delivery of arms to Somalia without ensuring that a secure supply of logistics and loyal forces are available and properly executed through a military command that is sincere to the regime, as well as having qualities and experience of fighting with the radical groups.The Al-Shabaab groups are dedicated to their missions and targets, and are ready to spend money to bribe anybody who is ready to co-operate with them or join their .rvices...more..http://www.americanchronicle.com/articles/view/107731
Somali Army colonel says government needs tanks.
http://www.americanchronicle.com/articles/view/107677
Somalia: Background Briefing on U.S. Assistance to the Transitional Federal Government
http://allafrica.com/stories/200906270025.html
Posted by Siad barre at 10:34 PM