hidden agendas towards Somalia: (somali warlord 2.2) Warlords Re-Emerge in Mogadishu / A Who's Who Look at Somali Hawiye Warlords 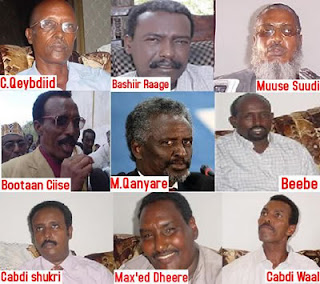 With the withdrawal of militant Islamist group al-Shabaab fighters from Mogadishu, a power vacuum has emerged in their former strongholds. Unless Somalia's Transitional Federal Government (TFG) and African Union peacekeeping forces, known as AMISOM, quickly establish control, locals fear that warlords will once again ignite a new era of clan warfare.