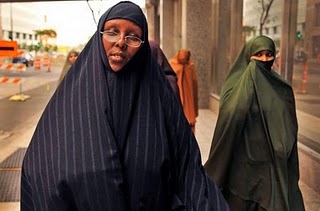 update on Minn. woman charged with aiding terrorists refuses to rise for judge 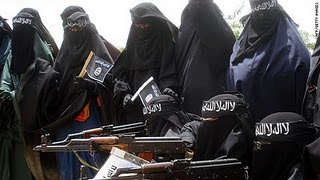 MINNEAPOLIS — Two Minnesota women accused of funneling money to a terror group in Somalia talked about collecting money for al-Shabab, supporting fighters instead of other charities and the possibility that FBI was listening in on their conversations, according to hours of recorded phone calls played for jurors. 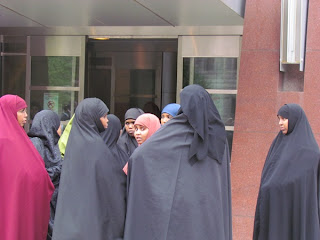 Prosecutors have built the bulk of their case by playing more than 80 phone calls recorded during a 10-month wiretap on the home and cellphones of Amina Farah Ali, 35. In those calls, prosecutors allege, Ali is heard talking to her co-defendant, 64-year-old Hawo Mohamed Hassan, as well as leaders of al-Shabab in Somalia. The calls include recordings of teleconferences in which the women gave religious lectures and collected donations.Ali and Hassan are accused of being part of a “deadly pipeline” that routed money and fighters from the U.S. to Somalia. The women, U.S. citizens of Somali descent, are charged with conspiracy to provide material support to a foreign terrorist organization. The women have said they were raising money for needy refugees in Somalia.The recorded calls are all in Somali. Jurors are following along with written transcripts that have been translated into English by the government.In one October 2008 call between Ali and Hassan, prosecutors allege that as the two women were discussing where the money should go, Ali said the priority be those who stand up for Islam. “Let the civilians die,” she said. In a Feb. 10, 2009, teleconference, Ali told others, “Let’s forget about the other charities — how about the jihad?”Ali and Hassan are among 20 people charged in Minnesota’s long-running federal investigations into recruiting and financing for al-Shabab, which the U.S. considers a terror group with ties to al-Qaida. Investigators believe at least 21 men left Minnesota — home to the country’s largest Somali community — to join al-Shabab. Though others have pleaded guilty to related charges, the women are the first to go on trial. 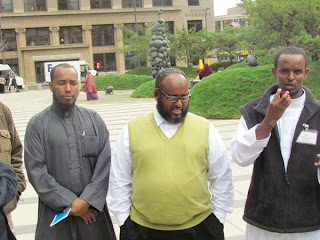 live broadcast .Somali Jihadi Website Interviews
Ali faces 12 counts of providing such support — for allegedly sending more than $8,600 to the group from September 2008 through July 2009. Hassan faces three counts of lying to the FBI.Since last week, prosecutors have been methodically presenting evidence to connect Ali’s phone conversations to the counts against her, matching dollar figures mentioned in calls to phone numbers or accounts of al-Shabab members, and to receipts from hawalas, or money transfer businesses.According to some of the wide-ranging calls, Ali gets updates from an al-Shabab member about the fighting in Somalia. In many, she tells others how to send funds to Somalia. She gives fictitious names and the numbers of al-Shabab accounts to those who will be sending the money, and talks about sending it in small amounts to avoid detection, prosecutors said. 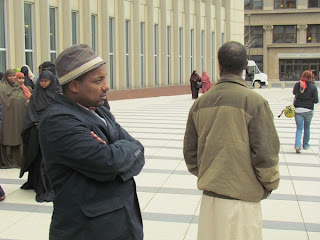 My friend Omar Jamal, first secretary of the Somali mission UN hardly could believe his eyes 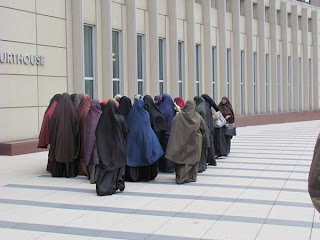 In one call, Ali explains she will not get a license for her charity because she doesn’t want to report where the money is going. “I don’t want to lie to God,” she said.Ali’s attorney, Dan Scott, noted during cross-examination of FBI Special Agent Michael Wilson that his client took steps to ensure the money people donated specifically for orphans went to the orphans — and nowhere else. In one call that took place in November 2008, Scott notes, Ali ticks off a list of donations, totaling $7,000, that went to a variety of causes including the wounded, mentally ill, poor people — and al-Shabab.Scott also noted that after the U.S. declared al-Shabab a terror group in February 2008, the FBI made no attempt to “inform her that she should not be sending money to this newly declared foreign terrorist organization.”In one call between Ali and Hassan, dated May 6, 2009, Hassan and Ali talk about sending girls out to collect money in Seattle, North Carolina, and elsewhere. In that call, Hassan says others should “forget about the families at this moment, because the frontline is empty.”In another call between Ali and Hassan, on April 3, 2009, the two women talk about how anyone could be listening in to the teleconferences, including “all troublemakers, FBI and people sent by them and filth.”In a teleconference on Feb. 10, 2009, an unidentified man asks who the fundraising is for. Ali replies: “Brother, whom do you want to give it to? The orphans, the poor ... the Mujahidin (holy warriors)? Actually, jihad is your duty brother. What are you going to pledge?”
Associated
Press. 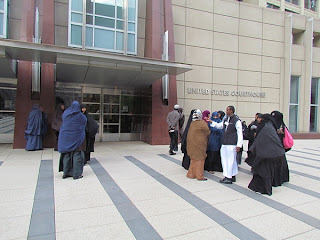 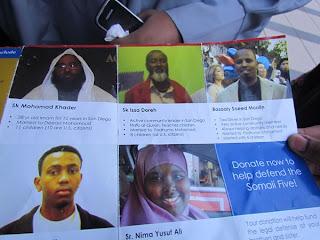 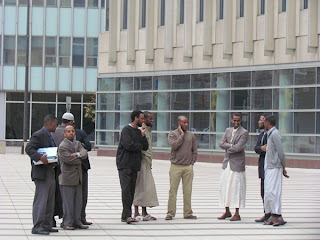