Below, images taken before and after 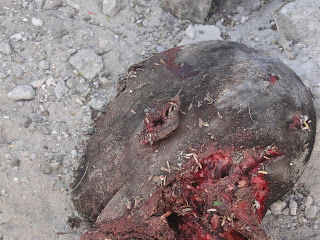 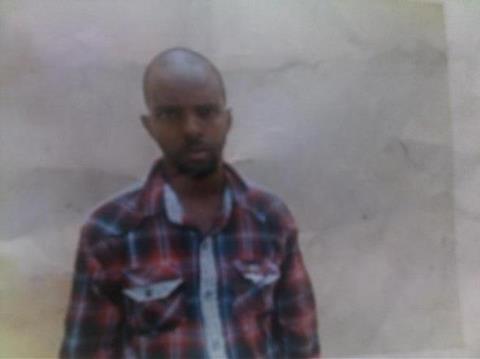 The bomber set off his explosives on a street that is near the presidential palace, the prime minister's residence and Somalia's National Security Agency.

A statement on al-Shabab's website says the blast killed seven security agents. Somali officials say the bomber killed himself and one soldier, and that three other soldiers were wounded.

British Ambassador to Somalia Matt Baugh condemned the bombing and voiced support for the Somali government.

“It’s yet another sad and horrific piece of evidence to show that there are those in Somalia who are against peace and stability of this country," he said. "And we stand resolutely with both the federal government of Somalia and the people of Somalia in helping them achieve a more peaceful, more stable country."

Somali President Hassan Sheikh Mohamud was not in Mogadishu at the time of the blast, while Prime Minister Abdi Farah Shirdon Saaid was reported to be unharmed.

African and Somali government forces have driven al-Shabab from its former strongholds in Somalia but the group still carries out periodic suicide and guerilla attacks. The group said it was behind a suicide attack in September targeting President Mohamud, who escaped harm.

A witness told VOA's Somali Service the bomber tried to enter the agency's headquarters, then walked toward the home of the prime minister. The witness, who spoke on condition of anonymity, said guards told the man to go back but the man detonated his explosives.

A new parliament sworn in six months ago elected Mohamud as president, ending eight years of an ineffective and often chaotic transitional government.
Posted by Siad barre at 10:39 AM