Press Statement of the 350th Meeting of Peace and Security Council on the situation in Somalia. 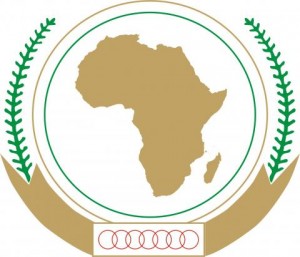 The Peace and Security Council of the African Union (AU), at its 350th meeting held on 14 January 2013, considered the situation in Somalia and adopted the following decision:
Council,
1. Takes note of the report of the Chairperson of the Commission on the situation in Somalia [PSC/PR/2.(CCCL)], the briefing provided by the Commissioner for Peace and Security, the update by Professor Ibrahim Gambari, Head of the AU Review Team, on the progress made so far in the review of the AU Mission in Somalia (AMISOM) and the mandate of AMISOM, in line with the press statement adopted at its 337th meeting held on 11 October 2012, as well as the statements made by the representative of Somalia, the Commissioner for Political Affairs and the Special Representative of the Chairperson of the Commission for Somalia. Council also takes note of the statements made by the Special Representative of the United Nations Secretary-General for Somalia and the European Union;
2. Welcomes the continued progress being made in Somalia both at the political and military fronts. Council reiterates its support to the efforts of the Somali Government, as well as its appreciation to the Somalia forces and AMISOM for the achievements that continue to be registered on the ground;
3. Reiterates its call to the Member States and the international partners to provide the requisite support for stabilization and post-conflict reconstruction in Somalia and to be guided in their engagement by the priority framework elaborated by the Government of Somalia. Council calls on the Somalis to remain steadfast in their efforts;
4. Commends the Commission for the steps taken towards the review of AMISOM and its mandate. Council welcomes the wide ranging consultations undertaken by the Review Team, under the leadership of Professor Ibrahim Gambari, as well as the emphasis placed on a Commission-wide strategy in support of Somalia;
5. Notes the preliminary findings of the Review Team, and stresses the need for this exercise to lead to the enhancement of the effectiveness of AMISOM and strengthened coordination. In this regard, Council underscores the imperative to address the issue of, and guarantee, assured, sustainable and predictable funding for the next phase of the Mission. Council further stresses that future international initiatives direct their main effort at enabling the Federal Government of Somalia in support of deliver on its ultimate objective of ensuring effective governance, security, rule of law and basic services to its citizens. Council underlines the need for convergence between the AU and the UN review processes and coordinated support by the international community. In this respect, Council encourages the Commission to closely interact with the United Nations and to make inputs as appropriate to the UN process on reconstruction and development in Somalia;
6. Looks forward to the early submission of the report of the Review Team to enable it take the required decisions;
7. Decides to renew the mandate of AMISOM as of 15 January 2013 for an additional period of six months pending the outcomes of the consultations between the AU Commission and the United Nations Secretariat on the future of AMISOM;
8. Urges greater synergy among relevant Departments within the Commission to facilitate comprehensive reconstruction efforts in Somalia.
9. Decides to remain actively seized of the situation and to review it regularly, at least once every three months...via Afric AMISOMan Union Peace and Security Department
Posted by Unknown at 6:04 PM