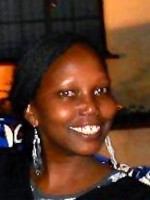 This UNDP tribute, currently in progress, is for those who lost their lives in the attack on the UN Common Compound in Mogadishu, Somalia, on 19 June 2013.
Tribute to Rita Muchucha

"It is with great sorrow that we share with you the loss of our UNDP colleague Rita Muchucha, who was tragically killed in yesterday's attack in Mogadishu.

Rita was a young, dynamic, committed woman who joined UNDP Somalia in January 2005 as an Operations Associate. Over the past seven years, she took on increasingly responsible roles in Operations and Administration. She was respected and well-liked by colleagues within UNDP and across the UN family.

Rita served as focal point for common services. This was a challenging and demanding role, but one which she fulfilled with excellence and unwavering enthusiasm, especially during the difficult planning and implementation stages of re-location to Mogadishu.

Rita's promotion to UNDP Somalia as International Operations Specialist and her re-location to Mogadishu was welcomed by all, and provided a sense of confidence that operational activities on the ground were in good hands. Rita played an instrumental role in supporting the management of the UN Common Compound. She was an open, friendly and fun-loving colleague; tragically lost to us in the prime of her life.

Rita is survived by her young daughter, Sanaa, 5 years old, her husband Roy, her brothers Dennis and Eric and her parents, to whom we extend our very
deepest condolences at this terrible time.

Whilst we say goodbye to the earthly version of Rita, her spirit will live on in every smile brought on by her memory and in the hearts of all of us who have been honoured to know her."
— UNDP Somalia Country Office
20 June 2013

UN Special Representative of the Secretary-General for Somalia statement on Mogadishu UN attack
Posted by Unknown at 3:59 PM