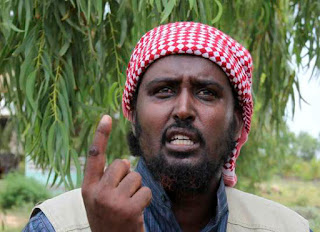 The al-Shabaab militant group said on its Twitter feed  its fighters were responsible for suicide attack on compound that killed 16 people including UN personnel
Posted by Unknown at 2:16 PM