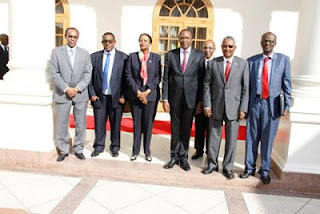 President Uhuru Kenyatta has today reassured of Kenya’s commitment to the stabilization of Somalia within the framework of the IGAD peace process and in accordance with the country’s Federal Constitution. President Kenyatta made the remarks at State House Nairobi when he met and held talks with the President of Puntland Federal State of Somalia Mr. Abdirahman Mohamed Mohamud who paid him a courtesy call.

President Kenyatta emphasized that the regional federal states of Somalia as established by the federal constitution remain the most important pillars for stability, peace and prosperity in Somalia.

He, therefore, appealed to all those involved in the Somali peace process to acknowledge and support the role of regional federal states in working together with the Federal Government to bring sustainable peace and stability in that country. 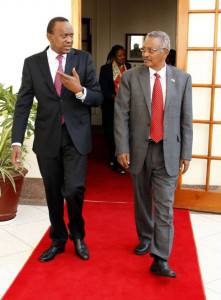 President Kenyatta emphasized that Kenya has no intention of interfering with the domestic affairs of Somalia saying his Government’s only agenda is to support the establishment of administrative structures as well as institutions necessary for the stabilization and reconstruction of Somalia.

Speaking during the meeting, President Mohamud of Puntland thanked the people and Government of Kenya for the support they have continued to extend to the people of Somalia in the search for peace and especially for hosting over 600,000 refugees.

President Mohamud reassured that Puntland remains committed to stabilization of Somalia adding that the regional federal state had stepped up ant-piracy measures which have contributed to the drastic
reduction of piracy.

The President of Puntland informed President Kenyatta that the process of establishing federal member states in Somali was a bottom-up approach, fully participatory and in accordance with the Federal Constitution.

In this connection, Puntland President appealed to President Kenyatta, leaders of other IGAD member states, AU and the international community to support and encourage the people and leaders of Jubaland to complete the process.

He emphasized that any attempts to change the Somali Constitution from a federal to a unitary government structure will create more problems and jeopardize the peace process.

He pointed out that because of the factional nature of clan politics in Somalia, only a federal system can bring lasting peace and stability in the country.

The Puntland President was accompanied in the talks by senior members of his government including Hon. Abdulahi Jana, Abdirashid Omar and Mohamed Abdi. 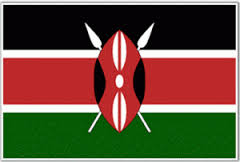 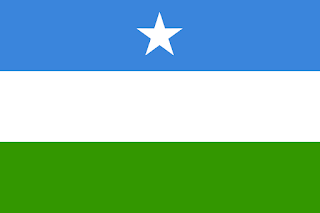