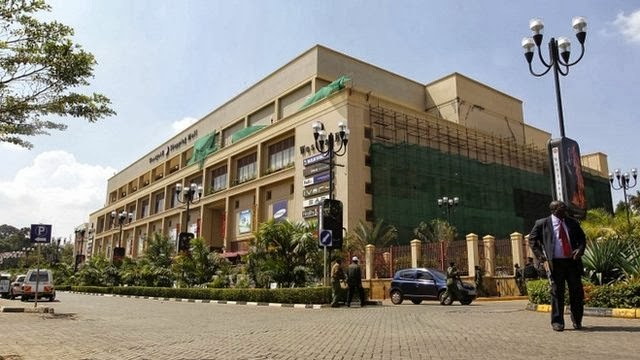 Gunmen firing machine guns and throwing grenades have laid siege to the most upscale shopping mall in Nairobi, Kenya, witnesses and police said.

At least five attackers invaded the Westgate shopping mall. A Reuters photographer clamed to have seen five dead.
Police arrived on foot about half an hour after the attacks began, witnesses said. Five dozen people were seen rushing out of the mall amid AK-47 gunfire and grenade bursts. The volleys of gunfire also moved outside the mall more than 20 minutes after the attacks began.
Rob Vandijk, who works at the Dutch embassy, said he was eating at a restaurant inside the mall when attackers threw hand grenades inside the building. He said gunfire then started and people screamed and dropped to the ground. Nairobi police chief Benson Kibue said the gunmen had besieged the building, and officers are on the ground now engaging the attackers. He said the men were trying to rob a shop within the mall.
Cars were abandoned outside the mall after the attack started at around midday.

The mall is situated in Nairobi's affluent westlands area and is frequented by expatriates and rich Kenyans. 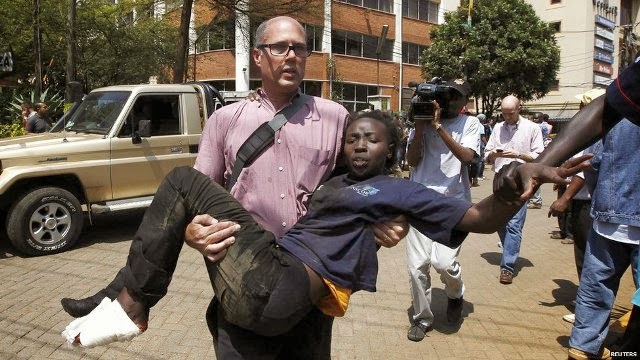 Al-Shabaab Revenge Attack?
In October 2011, the Somali military and the Kenyan military began a coordinated operation against the Islamic militant Al-Shabaab group of insurgents in southern Somalia.
The mission was officially led by the Somali army, with Kenyan forces providing a support role. Since then, a series of explosions have rocked various areas in Kenya, bombings which are believed to have been retaliatory attacks by Al-Shabaab. In early June 2012, Kenyan forces were formally integrated into the African Union Mission in Somalia, AMISOM.
According to US Embassy, in 2011-2012, there were at least 17 attacks involving grenades or explosive devices in Kenya. At least 48 people died in these attacks, and around 200 people were injured. Nine of these attacks occurred in the North Eastern Province area that borders Somalia, including locations in Dadaab, Wajir, and Garissa. Four attacks occurred in Nairobi, and four in Mombasa.
Targets included police stations and police vehicles, nightclubs and bars, churches, a religious gathering, a downtown building of small shops, and a bus station. The most recent attack involved two simultaneous assaults on churches in Garissa on July 1, 2012. In this attack, 17 people were killed and about 50 people were injured.
READ: Nairobi Westgate Mall Siege: Up to 50 Feared Dead and Injured in Gunfight
Posted by Unknown at 5:42 PM