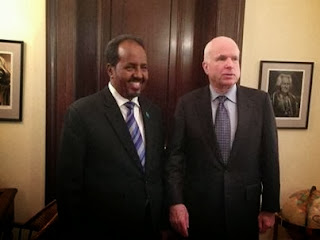 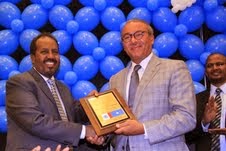 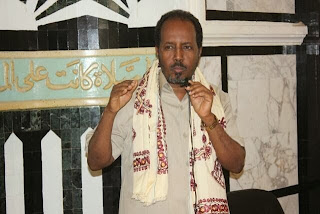 Breaking News: Ohio Update - President Hassan Sh. Mohamud of Somalia met huge demonstration against his government. The demonstrators speaking in Somalia are shouting "Alshabab Down! Mogadishu President Down!shabaab   Damul Jadiid Down A well organized demonstration that rocked Ohio state. Khaatumo State of Somalia community leaders are invisising that "this president doesn't represent the people of Somalia but represent people of Mogadishu". Other people are shouting Jihadi Apologists down - Somali Muslim Brotherhood down ..President Hassan is responsible of the fighting that took place in Kismayo against will of the people of Jubba State. People are also angry of of how he has changed the Federal Constitution without due process. The anger and dissatisfaction against President Hassan is something that has been growing ever since he started fighting with Jubbaland Adminstration.

People of Khatumo, Jubba & Puntland State repeatedly presented how dissatisfied they are with the man they termed "Mogadishu President" a Governer... and not a National President.

They applauded of the international community's interest of how they want to see betrter Sosmalia, but showed how this man with corruption, clan warfare as well as rape victoms is hard to bring Somalia. And the only way people of Somalia can go beyond this is the empletention of Federal government system where each region builds its local government from the bottom up with equal resouces and opportunities.
Rahm
terror free somalia
Posted by Unknown at 6:35 PM