6 Gitmo detainees to face trial for 9/11 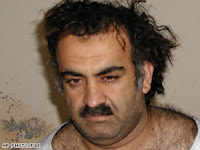 WASHINGTON (CNN) -- Six men being held at Guantanamo Bay, Cuba, will go before military commissions and could face the death penalty if it is judged they were involved in the September 11, 2001, attacks, a general said .dig more http://www.cnn.com/2008/US/02/11/911.charges/index.html
Posted by Siad barre at 8:56 PM