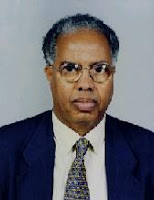 Somali Prime Minister Nur Hassan Hussein that the humanitarian problems in his country is similar to the situation in the Darfur region in western Sudan, and added that the Transitional Government provided facilities to the relief organizations that help the needy Somalis, and explained in a lengthy interview published magazine "Newsweek" and highlighted newspapers Mogadishu yesterday.He pointed out that piracy is a threat to relief efforts, and welcomed the development of his country's relations with the United States, said that Washington provide political support for Somalia only, and revealed the existence of security cooperation between his government and the United States, but denied the existence of customers in Somalia, said his country welcomed the deployment of forces American there. He added that Nur chaos in Somalia may attract elements with links to terrorist organizations, but he stressed that the situation in Somalia is different than it was in past years, and denied knowledge of the elements of the Washington accusing them of responsibility for the bombing of its embassies in the "Nairobi" and "House of Peace" in , 1998, and defended the presence of Ethiopian troops in Somalia, and denied that this is an obstacle to the efforts of his government in the reconciliation and said that the Ethiopian troops entered Somalia to assist the Somali government to overcome the security problems, and refusing to describe the clashes between government-backed forces and Ethiopian opposition as a proxy war between the Ethiopia and Eritrea, said that the positions of the opposition with regard to solving the Somali crisis mixed, and noted that some of them want to reach genuine reconciliation, there are extremists who believe violence and reject the principle of dialogue. Ethiopian troops began in the last days of deployment in regions of central Somalia, and the stationing of units of the Ethiopian forces two days ago in the southern city of "Mtaban" Hiran province (central), the Ethiopian soldiers arrived supporting them tanks and military machines yesterday to the boundary between the territory and jurisdiction "Middle Shabelle" ( north), and came after the escalation of the Somali government opponents and Ethiopian presence attacks on both sides in the central and southern regions, and seized some towns.
Posted by Siad barre at 7:46 AM