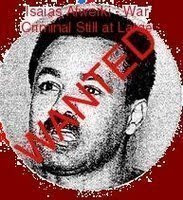 ADDIS ABABA, Nov 6 (Reuters) - Ethiopia tightened security in the capital on Thursday after police said they had arrested more than a dozen leaders of the rebel Oromo Liberation Front (OLF) and accused them of plotting terrorist attacks.
The mostly middle-aged men were paraded on state television late on Wednesday alongside a stack of assault rifles that police said were seized during several raids in Addis Ababa.more..http://africa.reuters.com/wire/news/usnWAL637801.html

t Obama win, no word on foreign hostages
MOGADHISHU, Nov 6 (Reuters) - Somalis expressed hope on Thursday that Barack Obama's election to the U.S. presidency would help end anarchy in the Horn of Africa nation which Washington views as an important front in its 'war on terror'.
Somalia has suffered 17 years of civil conflict, the latest manifestation a two-year Islamist insurgency against the Western-backed government and its Ethiopian military allies.
Kidnappings and assassinations are rife and there was no word on Thursday on the fate of six foreigners -- two Kenyan pilots and four European aid-workers -- seized in central Somalia the day before.
Ethiopia is the main U.S. ally in the region, and its intervention in Somalia since 2006 is viewed by some analysts as a proxy action for U.S. President George W. Bush's government.
"We are very happy because we think Obama will eliminate Bush's pressure and mistreatment of the Muslim world and Somalia," said Mohamud Hussein, a local elder in Mogadishu. more..http://www.alertnet.org/thenews/newsdesk/L5656164.htm
Posted by Siad barre at 3:02 PM