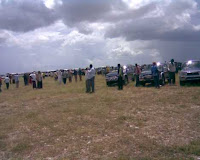 med, Islamist leader of the opposition faction which recently signed a peace deal with the Somali transitional government in Djibouti, arrived, for the first time in nearly two years, in central Somalitown of Jawhar amid tight security by Islamist fighters, opposition spokesman said Saturday. 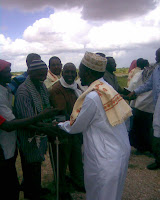 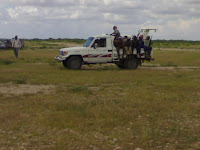 coalition known as the Alliance for the Reliberation of Somalia (ARS), Ahmed Abdulahi, ARS' Secretary for Information said. more..http://news.xinhuanet.com/english/2008-11/01/content_10293255.htm 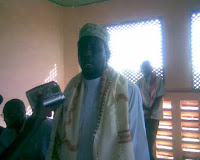 MOGADISHU (AFP) – At least five people were killed Saturday in a roadside bomb attack targeting a local official in the Somali town of Baidoa, south of Mogadishu, witnesses and police said.
The blast went off as district commissioner Hasan Moalim Ahmed's vehicle drove by, wounding the official and killing three members of his security escort as well as two civilians, witnesses said.
"The commissioner's vehicle was completely destroyed by a roadside bomb. I saw three of his guards and two civilians killed on the spot, seven others including the commissioner were also wounded," one of the eyewitnesses, Abdisalan Adan Yare, said.
Hasan Yake Doyow, a police officer, confirmed the attack took place. more..http://news.yahoo.com/s/afp/20081101/wl_africa_afp/somaliaunrest_081101112604

Somali government vows to name new cabinet fast
NAIROBI (Reuters) – The main priority for Somalia's interim government is to form a new cabinet within 15 days as demanded by east African leaders at crisis talks in Kenya, the Somali prime minister said on Friday.
Regional heads of states who met in Nairobi on Wednesday demanded that the four-year Somali administration name a new cabinet, show quick progress on political reconciliation and reverse the country's slide into rampant insecurity. http://abcnews.go.com/International/wireStory?id=6155064
Somalia's pirate problem grows more rampant
For many Somalis on the coast, piracy is the only way to earn a living in a country without a functioning government and faced with soaring inflation, civil war and rising malnutrition.
By Abukar Albadri and Edmund Sanders October 31, 2008
Reporting from Haradhere, Somalia, and Nairobi, Kenya -- Straddling a wooden crate filled with $1 million in cash ransom, a cranky old pirate bellows names from a notebook as his anxious, bleary-eyed minions lean against the stone walls of their cramped hide-out.The grizzled buccaneer, chain-smoking Marlboros as he taps into his calculator, checks the notebook again for outstanding loans or fines before counting out each man's share of the bounty in musty $100 bills paid to release a hijacked Thai ship off the Somali coast. more..http://www.latimes.com/news/nationworld/world/la-fg-pirates31-2008oct31,0,649768.story?track=rss
somali Pirate update
http://www.shipping.nato.int/piracyslid0/bitmap29Oc/file/_WFS/081029%201600Z-unclass_Piracy-NS.bmp