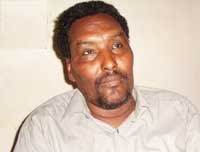 The former Mogadishu governor has termed the ongoing election at the prime minister's residence in which an administration for Banadir Region is being established as illegal. In a press conference held in Mogadishu, the former Banadir regional governor who is also the former Mogadishu mayor, Muhammad Omar Habeeb alias Muhammad Dhere termed the formation of an administration for Banadir Region as illegal. The former Banadir regional governor said the Prime Minister Nur Adde is exceeding his mandate by performing duties that would have been 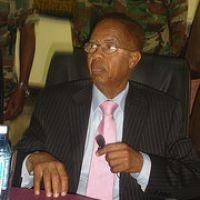 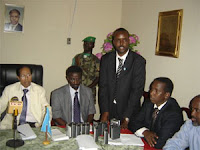 d by him [Muhammad Dhere]. Dhere said the Prime Ministers' tenure in office ended last mid night and therefore he will not work with any administration that is appointed by him. Habeb also said he does not recognize Nor Adde as a prime minister and that the President of the Transitional Federal Government of Somalia [TFG], Abdullahi Yusuf Ahmad, has the authority to form a Regional administration for Banadir. The statement by the former governor of Banadir Region comes at a time when there was no official administration in Banadir Region. The prime minister earlier vowed to form an official administration for the Region.
Posted by Unknown at 2:07 AM