POLITICIANS, PIRATES AND PAPARAZZI - MONEY HYPE IN SOMALIA A SIGN OF FINAL FALL 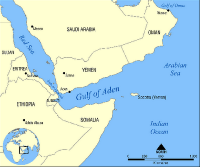 "How much you got" - is the first and often enough the only sentence the caller into the pirate dens of Somalia hears these days on the other side of mostly crackling phone-lines, and the right answer to this question decides about the fate of the call - to be continued or to be just hung up. No hard feeling in the latter case, just business.The Pirate-101 handbook of Somalia has since yesterday a new page with a job-description for a newly created position in the world of corporate piracy. Besides Main-Investor, Commander-in-Chief, Target-Informer, Communications-Officer, Pirate-Captain, GPS-Navigator, Mothership-Handler, Skiff-Racer, Boatman, Spiderman, RPG-launcher, AK-47-gunner, Booby-Trapper, Arms-Supplier, Khat-Supplier, Food-Supplier, Negotiator, Translator, Banker, Money-Courier, Message-Courier and very importantly in all this mess: Accountant - the new job on the pirate-block is that of the Pirate-Media-Stringer or a group of Pirate-Paparazzi with a classical connotation to the origin of this fashionable vice as well as the former Italian colony of Central and Southern-Somalia A year ago at least four different "Sugule Ali" presented themselves as "the" spokesperson for the pirates to the world media and volunteered to freely - without any money being involved - divulge snappy sentences and clever perspectives to the media or served involuntarily as reference for the weird fantasies of numerous journalists, who didn't have the right mobile- or satellite-phone numbers to get them or the real pirates onto their lines. That continues until today with Reuter's "Hassan" or AP's "Mohamed" leaking the latest wanted or unwanted news - undisturbed by issues of accuracy and mostly just for small stringer fees. The business developed to a higher level with Somali videographers trying to sell their clips from crews on abducted ships, whereby only recently a major scoop was achieved by the pirates, when an Italian shipowner reportedly paid up front a substantial amount just to keep any documentation and thereby any critical information concerning the vessel, which had been accused of dumping toxic waste, off the media grid.But now with the Chandler case - the British couple sea-jacked from their small yacht they sailed on the Indian Ocean - the situation of piracy information has most likely and irreversibly at least for a certain time changed into a golden opportunity for added value to the one-stop profit-centre of Somali piracy... ..To read the rest of the piece from John Bamau ..POLITICIANS, PIRATES AND PAPARAZZI - MONEY HYPE IN SOMALIA A SIGN OF FINAL FALL http://bit.ly/2UfR1I
Posted by Siad barre at 10:47 AM