Online advertisement for the upcoming English edition of a magazine by Al Qaeda’s media-savvy branch in the Arabian
www.Henley-Putnam.edu 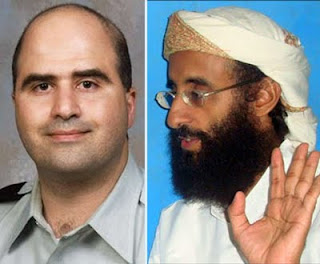 They call it Inspire, and Al Qaeda is hoping it will. Al Qaeda’s media-savvy branch in the Arabian Peninsula has announced this week in an online advertisement that they will publish the group’s first English magazine. Featuring guest writer Anwar al Awlaki — the American cleric blamed for inciting violence among Western Muslims youth, including members of the so-called Toronto 18 — the magazine Inspire is an extension of an already popular online Arabic magazine Sada al-Malahim (Echo of the Battle). Simply the idea of Al Qaeda churning out a magazine while supposedly dodging drone attacks and security forces in Yemen’s tribal areas has led to ridicule in the past. Articles in the Arabic magazine have included profiles of terrorist leaders or suicide bombers, an analysis of the role of women in jihad and helpful tips of how to not divulge information if caught and interrogated. “In some ways, Sada al-Malahim isn’t all that different from Slate,” wrote Brian Palmer in a piece for his current affairs online magazine, noting that both publications separate content into rubrics, “like Martyr Biographies,” and often run pieces in installments. But noted Yemen scholar Gregory Johnsen says the new magazine is worrying because it confirms a presence of western, English-speaking members of Al Qaeda in the Arabian Peninsula (AQAP) beyond Awalki. “This is something myself and others have long suspected, but the magazine is the first real evidence we have a core group of these type of individuals, many of whom likely possess western passports,” he said. The magazine will also likely be powerful online tool of recruitment, says Johnsen. “The idea here is that AQAP can reach, influence and inspire other like-minded individuals in the west. No longer do these individuals need to travel to Yemen or read Arabic in order to take instructions from AQAP. Now they can just download and read the magazine in English.” That is bad news for western security services that are often playing catch-up with the spread of Internet recruitment, which appeals to disenfranchised Muslims angered by the wars in Iraq or Afghanistan or the presence of Guantanamo Bay. It is this greater war of words — far from the battlefields in Afghanistan and Pakistan — that has western intelligence agencies focusing hard on the messages sent by Yemen’s AQAP and Al Qaeda’s arm in Somalia, Al Shabaab. Al Shabaab managed to recruit at least six Toronto-area young men to Mogadishu to fight against the UN-backed transitional federal government, in part through online propaganda. AQAP, which formed in January 2009 when factions in Yemen and Saudi Arabia merged, jumped to the top of Washington’s agenda after the group was linked to the failed Christmas Day attempt to down a Detroit-bound flight, allegedly by Nigerian “underwear bomber” Umar Farouk Abdulmutallab. And even though the plot may have failed, the group got the fame it sought. “They’re trying to be the new Al Qaeda, the headquarters of Al Qaeda,” said Charles Schmitz, professor of geography at Maryland’s Towson University. The magazine is another attempt to show their international reach, said Schmitz. “These guys are capable. They’re not backwater, underprivileged folks who have been drawn into the battle. These are educated folks who know about the world and have seen how the media works and want to imitate it for their own cause. “They want whenever possible to just stick it in the eye of the American administration.” But Schmitz and Johnsen, both of whom have travelled extensively in Yemen and are fluent in Arabic, caution that sometimes the reaction to arrests or attacks makes the jobs of online recruiters’ easier. New Mexcio-born Awlaki, for instance, was not considered among the hierarchy of AQAP or well known to Yemenis until the failed Christmas Day plot and the White House confirmed he was on the CIA’s hit list. CIA director Leon Panetta said Sunday that Awlaki has “declared war” on the United States. “Awlaki is a terrorist, and, yes, he’s a U.S. citizen, but he is first and foremost a terrorist and we’re going to treat him like a terrorist.” “Awlaki gets defended because they say America’s trying to act above the law,” said Schmitz. “So we play into their hands by appearing to be above the law in that sense.” As Johnsen argued recently in Newsweek, the U.S.
administration’s argument is based more on “frustration and assumption
than real strategy.”
“Inside that organization, (Awlaki) is a nobody — at best, a
mid-level functionary in a local branch,” Johnsen wrote. “There are
dozens of men who could do more harm to the United States, and killing
Awlaki would only embolden them and aid in recruitment.
“Assassinating Awlaki may make us feel safer, but it won’t make us
safer.”
In the first 12 editions of AQAP’s Arabic magazine Awalki’s name is
mentioned only once, and then only to dispute claims he had been killed
in a U.S. drone attack.
Judging by the slick online promotion of the new English magazine — advertised as “A special gift to the Islamic Nation” — guest writer Awlaki appears to have become the group’s rising star.
Posted by Unknown at 8:28 AM