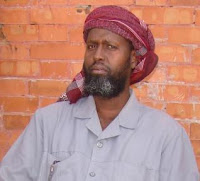 (TF.SF)-Following the collapse of the central government in Somalia in 1991.Collapse of the somali nation USC Hawiye Terrorist the rebel group that ousted former Somali president,Siad Barre has raised the curtain on a new front in the clan fighting in Somali capital. Other than killing innocent civilians, the USC Hawiye Terrorist has failed toutilise the arms it captured from the central Somalia government in taking over the rest of the country.The reason for this is said to be because the fighting was mainly based onclan rivalry and lacked a proper vision and as expected such mentality hasn ever led to any positive steps forward.Following the failure by the USC hawiye Terrorist in Mogadishu, individual groups with intense animosity to each other have subdivided parts of the capital and setup road blocks in order to rob the civilian population. History has since left all clans that were part of the then USC with an indelible mark of shame as the rest of Somalis no longer trust any of their Shaykhs or Sharifs.Somali leaders were individuals of high integrity, peace loving and religious in their daily dealings. However since 1991 those appointed for positions of leadership have been tirelessly working to see that there is no peace in Somalia having been taught a good lesson by their masters in USC hawiye Terrorist.This is true to the extent that even if they are appointed as presidents them selves, they will still not allow the attainment of peace in the country. Somali leaders were within reason before they got a taste of the for bidden blood of fellow Somalis, before they ordered the rape and killing of innocent civilians. The day they did that, they opened a new chapter in their dealings, a monstrous one in which they were even unable to evenrecognize themselves.The evil chains of conflict and corruption which have been left behind by the USC Hawiye Terrorist cannot be broken and remains with me through this journey in which I intend to write lots of books about everything that has transpired. There isn't any line separating total blindness to reason with openness and consideration towards mankind.Why have our brothers in Mogadishu been condemned to endless problems when they can easily choose to worship God in peace, spread the religion and begood Muslims?It is a question that needs to be answered by Mogadishu residents or those who claimed to have taken ownership of Mogadishu after the outbreak of civil war in 1991 by declaring the capital "a Hawiye City".The warlords in Mogadishu did not spare anyone; they slit the throats of women and children. They took with them anything that had the slightest hintof value. They embarked on mass looting and rape and as expected, God has taken away their sense of justice and belief.Many Somalis welcomed the ousting of warlords from Mogadishu and embraced the Islamic Court era which was warmly received by all Somalis with out division. I was particularly glad that they were ousted from the capital but have always been unable to bring myself to the possibility that some of those who have always commanded their clansmen to go loot, kill and rapecould one day be reformed and become good Muslims. That, I was unable to force down my throat. The men who took part in these atrocities against the Somali people started being referred to as religious scholars. When andwhere did they learn about religion?Some of the Hisb al-Islam officials among them Habar-gidir sup -clin hawiye EX-Terrorist ?? Indha Adde, Terrorist Muse Abdi Arale[Hisb al-Islam's Defence Secretary], habar-gidir sup-clan hawiye TerroristMa'alin Hashi [Hisb al-Islam' head of Banaadir Region] and others are examples of these "r

eligious scholars" who have been reformed overnight. Indha Adde has since joined the Transitional Federal Government of Somalia [TFG] led by HAWIYE clan abgaal sup-clan own Sheikh Sharif after he was chaseda way by the opposition groups.How do they expect to convince the fellow Somalis of religion when they have been robbing them of their land, farms and other belongings over the years?How do they expect to convince the public of religion when they are known to be nothing other than self serving ruthless militias? The truth of thematter is that regaining the trust of the Somali people will never happen as long as these men are around to run the show. No one is dumb enough toidentify the neighbour who has been taking part in looting their own house.For such a person to turn around and publicly claim that the country will be ruled according to Shari'ah law can only be said to be ludicrous.Shouldn't the implementation of Shari'ah law start with them since they are the ones that robbed many Somalis of their wealth and property? If we are tostick to the truth as far as our religion is concerned, Indha Adde and themen I have earlier on mentioned who are currently in Hisb al-Islam should be the first ones that are to be charged according the Shari'ah law that they claim to be fighting for instead of using it to sentence innocent civilians when indeed they are the ones that are evil ridden.There has been public outcry about the suffering being inflicted upon Mogadishu residents during the fighting in capital.Yes it is true many innocent people have been caught up in the struggle,however, coming to think of it, perhaps those deliberately supporting the same thieves that have been subjecting them to suffering by claiming that they are their sheikhs do actually deserve it. It is the height of hypocrisyto support a known thief and refer to him as a "Sheikh".I can almost guarantee that as long as these famous criminals in Hisbal-Islam and other religious groups are Mogadishu, the situation in the capital will not change. The fruits of the support given to them will continue to be reaped. To the men who refer to fellow Muslims engaged in prayer and good deeds as infidels?? and disbelievers?? and even go ahead and threaten to "redouble" the fighting during the holy month of Ramadan, to you I 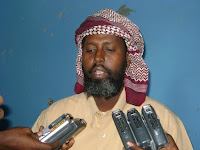 se Abdi Arale and Ma'alin Hashi who used to operate illegal road blocksshould reflect back on the kind of "Jihad" that they have been engaged inand use that as a reality check as far as their public standing is concerned.habar-gidir sup-clan hawiye Terrorist Sheikh Hassan Dahir Aweys, Terrorist Hizbul Islam leader recently announced that its nice for his fighters to fire mortars in the markets and the reaction mortars are no problem but ''Jihad'' He also recently started of orderinghis fighters to carry out hit and run attacks on the journalists and the other effective educaters.

SOMALIA: Jama Dhoodi Shirar, "It is as if we don't exist"