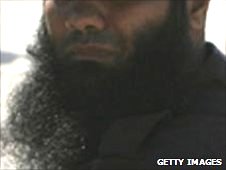 Between coercion and free choice?

Hizbul-Islam militants in Somalia ordered men in Mogadishu this week to grow their beards and trim their moustaches.
"Anyone found violating this law will face the consequences," a Hizbul-Islam militant said, announcing the edict.
But, is growing a beard obligatory under Islam?
Professor Muhammad Abdel Haleem, of the School of Oriental and African Studies at the University of London, says it is not.
It is up to the individual whether he lets his facial hair grow or not, Mr Abdel Haleem says, attributing this view to most scholars of Islamic law across a majority of Muslim-dominated countries.
Recommendation
Muslims learn about the Prophet's views on facial hair not from the Koran, but through hadith - or sayings - attributed to Muhammad.
One such hadith, related by Muslim scholar Sahih Bukhari centuries ago, stipulates: "Cut the moustaches short and leave the beard."
The Prophet Muhammad is believed to have had a beard and those who insist that devout Muslims grow beards argue that they are doing no more than asking the faithful to emulate the Prophet's actions. 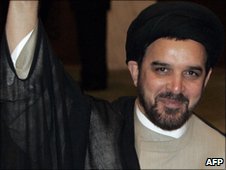 Many Shia Muslims sport closely cropped beards The question that arises is one of enforcement.
Mr Abdel Haleem says the body of Islamic law at the core of manuals of Muslim practice puts it as a recommendation - sitting in the middle between an order and absolute free choice.
But, he adds, it is "a recommendation nonetheless".
The Taliban, who ruled Afghanistan until they were ousted in 2001, and the Islamists of Somalia, are among a small minority in the Muslim world who demand unconditional observance and threaten penalties for non-compliance, says Mr Abdel Haleem.
Every practising Muslim, he argues - adding that he is one of them - should be free to exercise their choice, without fear of retribution.
Imam Abduljalil Sajid, who is based at the Brighton Islamic Mission in the UK, concurs.


Going without a beard became a sign of modernity

Abduljalil Sajid Imam
"In my opinion, this is a bit like the issue of women wearing headscarves. It is not one of the compulsory pillars of Islam, like prayer or fasting."
There are, however, schools of Islamic law - Hanafi, Maliki, Hanbali and Shafi - which, among many other things, appear to promote the sporting of prominent beards.
By contrast, followers of Shia Islam generally prefer closely cropped beards, which are mostly "like two, or three days' growth".
Most Islamic scholars or other figures of religious authority, whether Shia or Sunni, sport beards in emulation of the Prophet.
However Egypt, Jordan and Turkey are an exception, says Imam Abduljalil. In these countries you would find some scholars without beards.
"Going without a beard became a sign of modernity," the imam explains. "In the 1960s and 1970s, you saw more Muslims shaving off their beards."
But more "fundamentalist Muslims" he says, continue to follow every letter of the Prophet's teachings today.
The hadith, he says, offers guidelines on "how to trim your beard and keep it looking beautiful."
Posted by Unknown at 10:47 PM