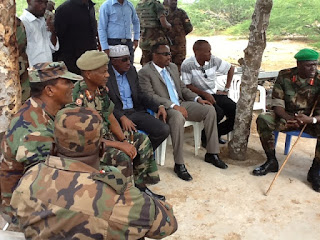 joint press conference
Mogadishu, July 15 — Somali security forces have arrested 89 people suspected to be having links with Al Qaeda-affiliated terror outfit Al-Shabaab, The men were arrested in the capital Mogadishu.The raids were part of efforts to strengthen security of the capital ahead of a crucial meeting to ratify a draft constitution for Somalia.They were carried out by a joint force comprising the police, Somali army , the national intelligence agency and the army, the information ministry said."The forces cordoned off suspected terrorist hideouts in several neighbourhoods as part of a series of night raids in the capital city of Mogadishu. A total of 89 Al-Shabaab terrorist suspects were arrested and remain in custody," a ministry statement said."The objective of the raid was to weed out the remnants of the Al Qaeda-affiliated terror group, in the wake of numerous roadmap activities being held in Mogadishu that will pave the way for the return of permanent and representative government," the government said in a statement. via nydailynews.com
house-to-house search confiscated weapons 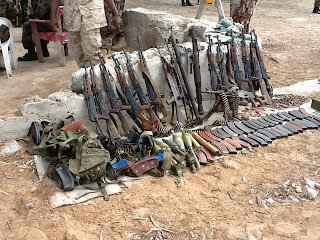 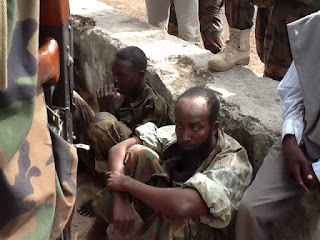 Arrested Al Qaeda-affiliated suspects were displayed during a joint press conference in Yaqshid district
Posted by Siad barre at 8:05 PM