Investigators taking part in a counterterrorism training workshop in the country, have agreed that the solution to terrorism in Africa lies in the commitment of each individual state.The investigators, who are drawn from various African countries, maintained this yesterday came to the conclusion of a week-long workshop at the National Police Academy in Musanze District.The training was organised by East African Police Chiefs Cooperation Organization (EAPCCO) through Rwandan National Police (RNP) in collaboration with South African based Institute of Security Studies (ISS) and the International Association of Bomb Technicians and Investigators (IABTI).The 35 participants from 14 countries, who trained on bomb disposal techniques, resolved to develop domestic commitment to successfully eliminate terrorism threats on the continent."There is an increase in terrorist activities, but through sharing information and experiences, we can combat it," said Anneli Botha, an expert on international crimes at ISS.She explained that particular emphasis is required to defeat terrorists from the main hot-spots citing Al shabab in Somalia and Boko Haram in Nigeria.Botha warned against religious divisions between Muslims and Christians because most terrorist activities are organised along such lines.Participants shared experiences and intelligence information about the 1998 US embassy bombings in Nairobi, Kenya and Dar-es-Salaam, Tanzania and the June 2010 attacks in Kampala, Uganda."It has been an opportunity to get updated on the new trends about terrorism threats. From here, we can develop our own strategies on how to deal with terrorists," Willem Els, a bomb disposal technician at IABTI said.NPA's Commandant, Assistant Commissioner of Police (ACP), Felix Namuhoranye, also concurred that it had been an occasion to assess how well prepared each country is as far as counter-terrorism was concerned."This professional exchange of experiences has been fruitful, it has enhanced important skills on how to counter terrorism," he said. 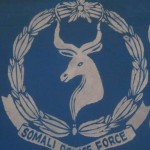 It is a very informative post........security training courses london