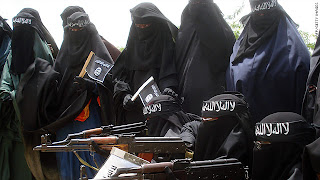 SAN DIEGO — A woman has been arrested in San Diego on federal charges of providing money and other assistance to a terrorist group in Somalia that is trying to topple that government and create an Islamist state.
Nima Ali Yusuf, 24, was arrested Friday, according to federal prosecutors. She was accused of aiding al-Shabab, listed by the State Department as a terrorist group. Al-Shabab claimed responsibility for bombings in Uganda that killed 76 people, including an American, during the World Cup finals last July.
Three San Diego men also face charges of helping the group: Saeed Moalin, 33; Mohamed Mohamed Mohamud, 38; and Issa Doreh, 54. All remain in custody.
Al-Shabab is known to have ties to al-Qaida, according to U.S. officials.
Since 2007, roughly 20 men have left Minnesota, including one with links to Seattle, to fight with al-Shabab. Authorities said one became the first known U.S. citizen to do a suicide bombing when he launched an attack in Somalia.
The FBI said he might have been "radicalized" in Minneapolis.
It wasn't immediately clear from the indictment whether Yusuf was connected with those men.
Yusuf was the fourth person charged in the past month in San Diego with helping al-Shabab. The others were accused of helping raise money and route funds to the radical Islamist group.
Yusuf was charged in the indictment with conspiracy to provide material support to terrorists; conspiracy to provide material support to a foreign terrorist organization; and making a false statement to an FBI agent and Customs and Border Protection officer when she allegedly denied sending money to anyone in Somalia in the past year.
Three men who went to Somalia and returned to the U.S. after spending time in al-Shabab training camps have pleaded guilty to material-support charges in federal court in Minnesota and are awaiting sentencing. Most of the other men who went to fight in Somalia are still at large. Some are dead or feared dead.
The defendants include two women accused of being part of a pipeline that routed money and fighters from the U.S. to al-Shabab by going door to door in Rochester, Minn., Minneapolis and other cities in the U.S. and Canada to fraudulently raise money for al-Shabab's operations in Somalia. They falsely claimed the donations would go to the needy, and allegedly held teleconferences to make direct appeals for support for al-Shabab, according to the indictment.

The men who left Minnesota initially appeared to have been motivated not by anger at America but instead at turmoil in their Somali homeland. The country has not had a functioning government since 1991, when warlords overthrew a socialist dictator and then turned against each other, plunging the African nation of 7 million into chaos. 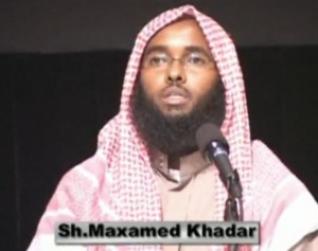