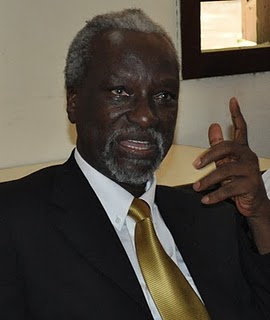 THIRD deputy Prime Minister and internal affairs minister Kirunda Kivejinja has said the terrorists in war-torn Somalia will be defeated at all costs. Presiding over the pass-out of 60 mid-ranking Somali policemen who have undertaken an eight-month course at Mandela National Stadium in Namboole yesterday, Kivejinja said Uganda has vast experience in fighting terrorists.
Somalia, he said, helped Uganda during its hard times.
“We had problems within two years after independence in 1962 and four years later, we were in turmoil. From 1971, Idi Amin caused us problems with our neighbour, Tanzania. Somalia played a big role in restoring this relationship after we signed the Mogadishu Peace Accord under the guidance of former president Siad Barre,” he said. On October 7, 1972, Uganda and Tanzania signed the agreement, whose main purpose was to defuse the crisis between the two countries. The agreement called for the withdrawal of all military forces to a distance not less than 10km from the common boundary and the halting of hostile media propaganda. Kivejinja said because of Somalia’s mediation, an avenue in Kampala was named after Siad Barre.
“The situation in Somalia can change and will change for the better. So when you go back home, be ambassadors and take that message that the situation in Uganda was worse,” he said. “When we emerged from the bush, our army was in rags, but had a nationalistic spirit. Up to now, the greatest crime a soldier can do is to assault a common man,” Kivejinja said. He emphasised the need for a Pan African ideology, saying lack of this spirit turns brothers like the Muslims in Somalia against their own. The Somali ambassador to Uganda, Seyd Ali, expressed gratitude to Uganda for hosting the training, saying their embassy lacked the finances and facilities to conduct such courses. United Nations Development Programme funded the training. He thanked President Yoweri Museveni for visiting Somalia on Sunday, adding that he is the second head of state to visit the country after George Bush Senior. The commissioner of Police in charge of human resource development, Felix Ndyomugenyi, regretted that they had lost one of the trainees, Maj. Mohammed Muhamoud, to a terminal illness.
He appealed for health screening for future trainees and age consideration, noting that most of the trainees were of advanced age.New Vision
Posted by Unknown at 10:44 PM