Somalia : Sanaagland to form its own federal administration soon 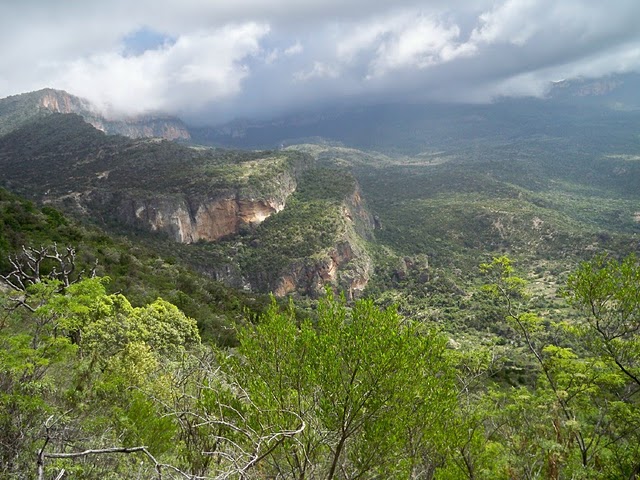 Daallo
See also : View of Sanaag
Sanaagland is the largest region of northern Somalia , and is also the richest  with both mineral resources  and rainfall . The state  has been  disregarded by almost all former and present Somali governments and has , therefore  kept its natural resources untouched  to this date.
The region is also abundant with manpower both abroad and inside the country. Expatriates from Sanaag can be found in North America, Europe and Asia and the Middle East . For example, most of the Somali workers in the UAE originate from Sanaag and are among those who have the highest incomes.
The decision ( as conveyed to me over the net ) by the inhabitants of Sanaag to have their own administration soon  and be part of the Federal Republic of  Somalia could be contributed to the fact that the government of Somaliland has concentrated almost all development projects in the capital city and its environs, rather than sharing the national income equally with other regions.

Also , the accessibility by road through Puntland to the rest of the country has encouraged many entrepreneurs  who care less of  clan affiliation to make business with Somalia and tap into the greater wealth in the bigger and more populous federal states  .
As said above , accessibility by road to Sanaag  is often tiresome and time-consuming: overland access to Erigavo, the capital of Sanaagland, takes at least 12 hours on the nearest tarmac road that connects Burao and Lasaanod to Mogadishu. This has a negative impact on business development, as merchants have to use other means of transport, such as expensive air travel. Cash crops cannot be exported to west Somaliland due to lack of accessibility; for example, the famous cabbage farm owned by Mohamed Jama  in Dayaha has been abandoned. Farmers have to divert their sales to Bossaso which is much closer to Erigavo , the capital of Sannagland.
Another factor is that  has influenced the people of Sanaag to opt out of Somaliland is that the Hargeisa-based government discourages aid directed towards Sanaagland, under the pretext that the East is not stable. The government claims that it cannot guarantee the safety of aid workers who could deliver desperately needed medical and humanitarian assistance to the Sanaagland people. Sanaagland has the highest rate of infant mortality in Somaliland due to lack of medical care and qualified doctors.
Education is another area of concern in Sanaagland. Dayaha Intermediate school was built by the British in the colonial era, and is the alma mater of most educated middle aged Sanaaglanders. The school has been extensively looted, partially demolished and is currently being used as a shelter for livestock by pastoralists. Students now have to travel a long distance on the rough Garadag road in order to attend higher education in Hargeisa.
Sanaagland is fortunate enough to have an abundance of water and a fertile landscape. Sanaaglanders need to return to their native land  and contribute to alleviating the suffering of its people, rather than always looking to Hargeisa. Regardless of clan or district, the people of Sanaag must come together and become part of the federal republic of Somalia to ensure a better future for this most beautiful but neglected part of the Horn of Africa.
I am sure that many young and educated Sanaaglanders within the state and in the Diaspora  who care less of tribalism will support the cause of the Federal Republic of Sanaagland.
M . Ali - editor - Medeshivalley.com .
We welcome the submission of all articles for possible publication on Terror Free Somalia Foundation Send your comments and  articles to  terrorfreesomalia@gmail.com
Posted by Siad barre at 5:49 PM

Where did the money go after Erigavo local government sold it's vintage post office for a mere $70,000
http://www.medeshivalley.com/2013/11/where-did-revenue-from-sale-of-erigavo.html