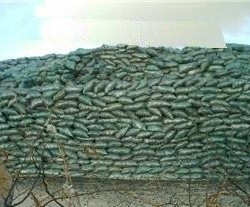 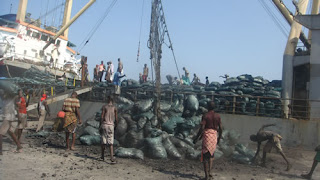 Not only the WFP operation suspension but the suicide bombings that killed more than 74 people in Kampala on July 11 have led to further financial constraints for al-Shabaab as contributions from Somalis in the diaspora have dried up.

A Somali-born Canadian who used to manage al-Shabaab fund-raising in the North American Somali community explained to Jamestown that after the attacks in Kampala, Somalis considered al-Shabaab as not serving the interests of the country or people of Somalia. According to the former fund raiser, diaspora communities supported al-Shabaab for the sake of God and country but they were all disappointed by the Kampala attack, which he says brought about threats to Somali refugees living in Uganda and neighboring countries. Most al-Shabaab financiers in North America have isolated the group, although some are still sending money. The informant, who was in Nairobi at the time of the interview, declined to state the amount of money which he sent to Somalia to fuel al-Shabaab operations in the country.

Earlier this year, al-Shabaab began looting Somali business people and ordering them to donate cash, weapons and gasoline to the cause. Women were forced to sell jewelry to raise funds for al-Shabaab. Business people in the main market of the Somali capital, Mogadishu, were told to collect approximately one million dollars, according to a businessman who was forced contribute $1,000. Some bigger companies were forced to buy anti-aircraft guns and fuel dealers were asked to donate gasoline. The group also announced the fundraising drive in mosques.

However, al-Shabaab’s main revenue sources are now reduced to the taxing of port services and the export of illegal charcoal through Kismayo port to the Gulf States. Senior Somali presidential advisor Professor Ahmed Mumin Warfa told Jamestown that Somalis in the diaspora have now withdrawn their support for the group: “Al-Shabaab has lost the Somalis in the diaspora, especially those in North America. At the moment they don’t have total support so many sources of revenue have closed their doors on the group.” Warfa says that al-Shabaab, which controls three ports in the south of the country – Barawe, Marka and Kismayo – is nonetheless now recovering from its financial crisis and is receiving million of dollars for cutting and burning big trees to make charcoal for export to the Arab states.

Dr. Warfa insisted that al-Shabaab is strong financially despite the loss of the WFP funds and diaspora contribution. “It is true that the organization is facing a financial squeeze but they are recovering. They earn around $1 million per month as taxes from Kismayo port, another half million comes from exporting illegal charcoal and farming,” Warfa stated. Al-Shabaab captured the lucrative port of Kismayo from another Islamist group, Hizb al-Islam, in October 2009 (Garowe Online, October 1, 2009).

Herdsmen living in the al-Shabaab-controlled Lower Shabelle, Middle Shabelle, Lower Jubba, Middle Jubba and Gedo regions said the forests are disappearing fast as charcoal burners cut down big trees.  “We are receiving no rains following five years of drought. Most rural people are now fleeing from the region to seek something to feed their livestock. All forests were cleared,” said herdsman Barre Xalane, who is from the rural area of the Lower Juba region.

Kismayo port staff said that approximately five ships leave every month from the port to the Gulf of Aden. Another resident in Barawe says that at least two ships carrying charcoal depart from a port in the town every month.
Al-Shabaab has as many as 6,000 well-paid and equipped soldiers to carry out operations against the UN-recognized Transitional Federal Government (TFG), currently backed by African Union peacekeepers in Mogadishu. 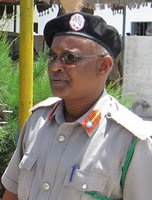 The radical group, which is seeking to topple the Somali government, regularly receives arms from unpaid TFG soldiers in return for money to feed their families, according to the former chief-of-staff of Somalia’s military, Major General Yusuf Hussein Osman, who resigned last year (AfricaNews, October 30). Jamestown 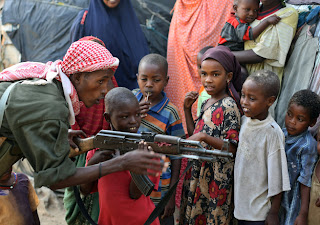 We welcome the submission of all articles for possible publication on Terror Free Somalia Foundation Send your comments and  articles to  terrorfreesomalia@gmail.com
Abdirahman Warsame is the Executive Director of the Terror Free Somalia Foundation.a national grassroots organization that opposes terrorism and supports democracy in Africa. regular contributor American Thinker http://www.americanthinker.com/abdirahman_warsame/ . .Pajamas Media and .other American conservative organization