Somali PM: “it is compulsory to accept the need of the population” 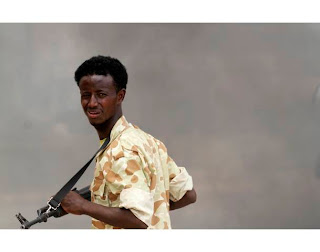 MOGADISHU - After two days of large demonstration against resignation made by the Somali premier, the Somali Prime Minister Mohamed Abadullahi Mohamed (Farmajo) has said on Friday that it was compulsory to accept the needs of the population.

Thousands of the Somali people in Mogadishu accompanied by the national army of Somalia are still making large demonstrations in the 16 districts of the Somali capital Mogadishu in a support of the Somali Prime Minister Mohamed Abdullahi Farmajo who returned home on Thursday afternoon after concluding the mediating meeting between the high authorities of the transitional government of Somalia that continued in Kampala, the capital of Uganda.

Mr. Farmajo had thanked more to the majority of the population and the national Somali army who continued their second day demonstration supporting him in Mogadishu and the other regions in and out of Somalia against his resignation asserting they would give the importance to the Somali people.

“I could hear the sound of the people. I also thank more and more for the population to express their emotion indeed, because they have the rights to be part of the consultation of the country. I thank more to the national forces, the civil society, clerics, scholars, women and youth for their support. This will remain in my history and I will never forget. It is compulsory and an obligation to accept your needs and feelings and it is right to follow your suggestions,” said Somali PM Mr. Farmajo.

Mr. Farmajo has sent a message to the army to remain their defense and military positions calling for the people to halt the demonstrations and keep the latest victories over the fighting against the al-shabab militias in the Somali capital Mogadishu.

“I am saying one to the people and I am saying another to the national Somali army. I am saying to the people who are standing in the sunshine. Go to your houses; stop the much movements you are doing. I am also saying to the army to, please be and do not leave your defense and military bass not lose the victories you brought to the government of Somalia because it seems that the enemy was weakened.” Said the Priem Minister

“The fist priority of our goals was to assure the security and we did it unconditionally, we thank Allah on that. We gave the government soldiers to their rights to protect the enemy and restore the dignity and familiar nationality of Somalia,” The Prime Minister concluded his speech as he was giving an interview to a state television and some journalists in ogadishu.

By: Hassan Osma Abdi Phone: +252615577743 Email: xasanabwaan@hotmail.com
Hassan Osman is based in Mogadishu, Banaadir, Somalia, and is Anchor for Allvoices
Thousands make large demonstrations against resignation of Somali PM in Mogadishu
Posted by Siad barre at 4:30 AM