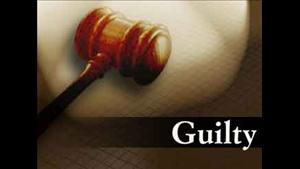 ST. LOUIS—The United States Attorney’s Office announced today that Mohamud Abdi Yusuf, 31, pled guilty to providing material support to a foreign terrorist organization.According to court documents, from February 2008 through at least July 2009, Yusuf, conspired with others to provide money to al Shabaab, which was designated by the U.S. State Department as a foreign terrorist organization in February 2008. Yusuf transferred money to al Shabaab under fictitious names and telephone numbers utilizing money remitting businesses operating in the United States.Al Shabaab is a terrorist organization based in Somalia, whose objective is the overthrow of the Transitional Federal Government (TFG), eliminating the African Union support for TFG, and the imposing Shari’a law in Somalia. Al Shabaab has engaged in, and used, violence, intimidation, and acts of terrorism in Somalia and elsewhere to further its objectives.Yusuf admitted to soliciting money from inside and outside the Eastern District of Missouri and coordinating the transfer of the money to al-Shabaab. Members of the conspiracy frequently communicated in coded language as they planned the means by which they transferred money to al Shabaab members and affiliates in Somalia.

Duane Mohamed Diriye, who is a resident of Kenya, and Abdi Mahdi Hussein, who worked for a money remitting business in Minneapolis, were also indicted along with Yusuf on October 21, 2010. Diriye remains at large; Hussein has appeared in court and his case is still pending.Yusuf entered guilty pleas to one count of conspiracy to provide material support to a designated terrorist organization and three counts of providing material support to a designated terrorist organization. Each count carries a maximum penalty of fifteen years in prison and/or fines up to $250,000 In determining the actual sentences, a Judge is required to consider the U.S. Sentencing Guidelines, which provide recommended sentencing ranges. United States District Judge Henry E. Autrey set Yusuf’s case for sentencing on January 31, 2012.“Since 9/11, this is the first international terrorism case prosecuted in Eastern Missouri,” said Special Agent in Charge Dennis L. Baker. He continued, “At least 20 American citizens from other parts of the U.S. have already traveled to Somalia to join al Shabaab, which is responsible for assassinating Somali peace activists, international aid workers, numerous civil society figures, and journalists. Senior leaders of al Shabaab are affiliated with al Qaeda.”The case was investigated by the Federal Bureau of Investigation Joint Terrorism Task Force, in conjunction with task force agencies. Assistant United States Attorneys Matthew Drake and Howard Marcus will be handling the case, in conjunction with the Counterterrorism ...
Posted by Unknown at 1:34 PM